Interesting facts about anti-mildew paintMildew in the home not only looks unattractive, but can also damage your health in the long run. If mould infestation occurs for the first time, smaller areas are usually affected, for example under the windowsill or a corner of a room. Since it is not enough to simply wipe away the mould, it should be painted over with a special anti-mildew paint so that it does not germinate again. What is anti-mildew paint? Anti-mould paint was developed to prevent the dangerous mould from settling on the walls. The ingredients of the paint protect for a relatively long time. Moulds need a suitable substrate on which they can grow and feed, such as wallpaper and wallpaper glue. If sufficient moisture is added, mould spores settle, start to grow and decompose the substrate. If the wall is painted with anti-mold paint, the mold will no longer find a breeding ground on which to grow. The anti-mildew paint is available from different manufacturers, who have developed it according to very different principles: In addition to anti-mold paint with chemical additives such as chlorine compounds, there is also anti-mold paint with nanoparticles or anti-mold paint, which increases the pH value of the walls by adding lime. Even those who do not yet have mould in their rooms can prophylactically paint the walls in damp rooms with an anti-mildew paint and effectively prevent the mould. Where should the anti-mold paint be used? As the anti-mildew paint has a preventive effect, it should be used in rooms where it is a bit more humid by nature, such as those: Kitchenette and kitchenShower and bathroomToiletCellar roomsWhen living rooms are renovated, the anti-mildew paint can be applied at the same time. Remove the mould firstIf mould is already on the walls, it should be removed well before painting. It is best to wear protective clothing with a breathing mask so that you cannot inhale the mould spores. First the wallpaper is carefully removed and immediately disposed of. If there is still mould on the wall, it is washed off with a damp cloth and sprayed with a mould remover. Allow to dry well. The anti-mildew paint can then be applied to the wall. What types of anti-mildew paint are there? There are two different types of anti-mildew paint: one with fungicides and one based on silicate. Fungicides are chemical agents that kill moulds. However, since these ingredients can also have negative effects on humans, they are not particularly suitable for allergy sufferers. Anyone who wants to treat interiors with anti-mildew paint in which people live should make sure that these have been designed by the manufacturer for living spaces. The anti-mildew paint on silicate basis changes the underground alkaline and withdraws moisture at the same time, so that the mold fungus can no longer thrive on the surface treated with it. The silicate-based paints can also be used when algae are romping around on the walls. Please note: An anti-mold paint inhibits the growth of molds. It is either enriched with lime or other chemical compounds. If they are chlorine compounds, these can cause irritation of the respiratory tract and the connective tissue. Other anti-mildew paints kill fungi and spores with fungicides. Inform yourself thoroughly about the ingredients of the color and their mode of action. There are reports from the independent Stiftung Warentest in which the individual colours are described. The colours of Alpina and Caparol were rated best. Which anti-mildew paint is best suited to the problem at hand depends on the circumstances. When applying the paint to the walls, be sure to follow the manufacturer’s instructions. ConclusionIf mould spreads in the home, this is not only an optical problem, but can also be very harmful to health in the long run. In addition to allergies, asthma and chronic bronchitis, moulds can also be the cause of cancer. Anti-mould paint is applied to the walls before they are attacked by mould and prevents them from settling and growing. However, there is also anti-mildew paint, which kills molds and can be used if a wall is already affected by mold. Before such a paint is applied to the wall, the wallpaper with the mold should be removed, finally its main task is to prevent the first infestation or the repeated infestation. If you want to fight the mould yourself, you should do this with a mould remover designed for this purpose – and then paint with anti-mildew paint. 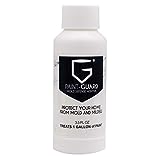 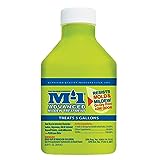