Ants are useful animals, yet they can become a veritable plague. If you want to avoid the use of poison, has the ability to fend off the little crawlers using ultrasound and pressure waves. Two examples of such products are Gardigo's ant defend plug and the Unitec Mouse and Ant defenses. Within a certain area of ​​activity, which can vary in size depending on the device, the ants stay away, because the sound is very unpleasant for them. The small devices are simply plugged into the socket and do their work inconspicuously. Another product example is the "Mice Ant Defense Duo Ultrasound & Pressure Waves". It also promotes an environmentally friendly expulsion, as the sounds and pressure waves are inaudible for us humans as well as for larger animals such as dogs or cats and thus harmless. The ultrasound tones are in a frequency range between 25,000 and 65,000 hertz. Not only ants can be used with this device, but also silverfish, mice and rats. For outdoor use, ie garden or terrace, special equipment is available. An example is Gardigo's solar ant defense. It is simply stuck in the ground, in a flower pot, in the sandbox or in the grass. The functionality basically corresponds to indoor devices, but no power connection is required as a solar panel is available. Alternatively, the trade also offers battery-powered versions: including the X4-Life AV1005 ant dealer. The classic in ant defensive: bait box bait boxes are used very often in the fight against ants. They contain special attractants, which are very attractive for the animals. The operation is simple: the cans, for example Nexa Lotte Ant bait or Aeroxon ants bait boxes, only need to be placed on the animals' tracks. Thanks to the strong attraction, the ants crawl through small openings into the interior of the can, where they absorb the active ingredient and then bring it into their nest. There he is then fed to the brood and to the queen. The result: The complete ant colony is still dying in the nest. Most doses of this kind must be designed to be inaccessible to pets and only in weather-protected areas. For us humans the bait is odorless. Meanwhile, there is also a transparent ant-bait gel (for example, finicon® avant-garde), which is slightly liquid and is suitable for both exterior and interior use. Antsenspray belongs to the classics in the ant defense. Appropriate means (among other things of the mark Raid) are used on balcony and terrace against ants, silver fish, cockroaches and spiders. The animals are eliminated within seconds, new insects stay away for a maximum of four weeks. Whole poison without natural poisoning. So among other things the CleanPrince vermin powder: It is odorless and also completely harmless for children and pets. Nevertheless, it is deadly against ants: The protective wax layer of insects is physically destroyed because the fine crystalline structure of the powder virtually rubs the layer. After about two days the ants dry up. Such remedies are considered to be very successful because resistance to the formation of resistance can be ruled out by the physical mode of action. The advantages and disadvantages of ant funds Especially environmentally friendly are of course all those products that work with ultrasound or pressure waves. However, they are not always effective: users repeatedly report that power, solar or battery powered devices have little or no effect. On the other hand, bait boxes offer a high level of reliability, but it should be remembered that this is poison that kills the actually useful animals. Anyone who has pets, must be careful anyway, that dog or cat have no contact with the lure. Natural litter, based on a physical mode of action, are poison-free, but ultimately kill the ants as well.

Everything for the garden: ants defense Video Guide 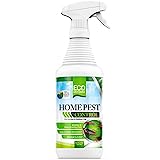