A basal thermometer is a special thermometer used to measure the basal temperature. The human body goes through temperature fluctuations in a daily rhythm. In deep phases of sleep, the body temperature reaches a minimum, i.e. the base known as basal body temperature. In clinical practice, the temperature at awakening is considered the basal temperature. In women, there is also a direct correlation between body temperature and menstrual cycle. The Frisian-Dutch gynaecologist Theodoor Hendrik van de Velde spent the rest of his life studying the physical and erotic interrelations of human beings. In 1926 he published the book “Die vollkommene Ehe” (The Perfect Marriage), with which he became internationally known and had written one of the first enlightenment books ever. Van de Velde had already made an interesting discovery in 1905. He realised that the basal body temperature, which is related to the function of the ovaries, provides reliable information about the individual stages of female menstruation

The base temperature can thus be used to determine a favourable date for fertilisation or contraception. In this way van de Velde had provided women (and men) with an important method for natural family planning. An increased basal temperature in the first 18 days after fertilisation is also considered a probable sign of pregnancy. Using the so-called symptothermal method or simply the temperature method, the woman has to determine her basal temperature in the morning using a basal thermometer and then record a temperature curve. In the case of a desire to have children, she can thus recognize the time of ovulation. A basal thermometer works like a simple clinical thermometer. There are both digital basal thermometers and classic expansion thermometers for measuring basal temperature. The latter contain a thermometer liquid from galinstan, formerly from mercury. A basaltermometer differs from a clinical thermometer by its scale resolution. With the digital basal thermometer, not only tenths of the temperature degrees are displayed, but also values of 0.05 degrees Celsius. For liquid thermometers, the scale is limited to the values between 36 and 38 degrees Celsius, but shows intermediate values more accurately, as this span is extended. By the way, classic expansion thermometers have their advantages. They are waterproof and can be easily disinfected and cleaned. They are also more suitable for people with a nickel allergy.

It is truly a human achievement that man can measure body temperature and draw conclusions about diseases or other things. Classic thermometers work according to the expansion principle. The fact that air expands in the warmth was already known in antiquity. Already the Greek physician Galenos of Pergamon, short Galen, introduced the degrees of heat and cold in the second century after Christ. Galileo Galilei seems to have known an instrument for measuring heat. Santorio Santorio, a physician from Padua, known as Galilei, already used thermoscopes to measure temperature. Thomas Clifford Allbutt, an English doctor, invented the so-called short clinical thermometer in 1867, which was quite similar to the expansion thermometer still used today. At the latest since the end of the 19th century the clinical thermometer was already quite widespread. Without the helpful device van de Velde would not have been able to make his discovery. The first basalt thermometer went into series production in 1959. It was developed by the family company UEBE, which had been based in Wertheim since the 1950s. 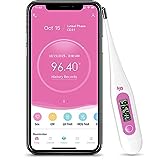 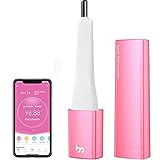 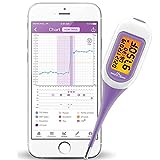