Driving animals can be a real challenge. Especially when the herd comes to a standstill or when individual animals are to be separated from the herd. A livestock driver makes your work much easier. However, it should be a high quality device that gives you security and that complies with the German Animal Welfare Slaughter Ordinance and Animal Welfare Transport Ordinance. Many different models are on the market. A suitable drover is available for animals of all sizes. This article tells you which device is right for you.

Everything for animals: Drover Video Guide

An electric drover can be compared to a stun gun for self-defense. Both devices work on the same principle: they generate a high output voltage from a low battery voltage, which is made available via two metal contacts on the front. If a living being is touched with both contacts at the same time, it suffers an electric shock that is not fatal. The difference between the stun gun and the drover is that the latter does not harm the animal, only gives it an impulse to move on, while the stun gun is used as a weapon that incapacitates and stuns the opponent.

Cattle drivers are available in both short and long models. The long models are often additionally equipped with a driver extension, so that some models can be extended up to approx. 90 cm. A short drover is about 20 cm long. The optimum length for you depends primarily on the type of animal and the size of your herd. For a few cows or a herd of sheep, for example, a short drover is sufficient. To drive a larger herd, we recommend that you use a cattle drover that is as long as possible, which also reliably protects you from the animals escaping because you can keep the animals at a distance.

As a livestock driver, only use a device that complies with the European Animal Welfare Directives, the Animal Welfare Transport Ordinance and the Animal Welfare Slaughter Ordinance. Your self-protection and the protection of your employees must also be guaranteed. Therefore, the handle of the cattle driver must be installed first class. The control buttons for triggering the electrical impulse must be mounted on the handle in such a way that they are not accidentally actuated. Otherwise, there is a risk of electrocution to yourself, other persons or animals.

A cattle drover should be made of very robust material so that it does not break if, for example, it falls from the driver’s hand to the ground during cattle driving. Choose a modern device because modern livestock drivers now have maintenance-free electronics and higher performance. If the livestock driver is equipped with an electronic control system, no mechanical wear can occur. These devices have a long service life and function reliably. Avoid equipment malfunctions, injuries and annoyance and best order a high quality device, which is produced by a well-known company, which is specialized in the production of cattle drivers. Well-known and recommendable manufacturers are among others: Hauptner-Herberholz, ARNDT, Kerbl and KAWE.

If the Boot Fits...
Buy on Amazon 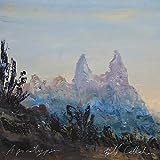 Kiss of Death
Buy on Amazon