DVB-T Receiver – Functions (with product example)The functions of the receivers vary from model to model. But all receivers have one thing in common: they receive DVB-T signals. The frequencies of the DVB-T signals range from 698 to 786 MHz. The channels broadcast via DVB-T could theoretically also be broadcast in HD resolution, but the channels broadcast via DVB-T only in SD resolution. The difference between HD and SD lies in the number of pixels displayed. The SD resolution for PAL is in the range of 720 x 576 pixels and for NTSC the resolution is 720 x 486 pixels. At the time of the introduction of DVB-T, receivers such as televisions or PCs could not yet start with a higher resolution, which meant that television stations continued to broadcast digital television in SD resolution. In the meantime, most end devices have full HD resolution or are HD ready. The HD resolution enables the display of television pictures with 1280 x 720 pixels. Even resolutions of 1920 x 1080 pixels are possible. The broadcasting of television programmes in HD resolution was not initially introduced for DVB-T, but was reserved exclusively for satellite television and cable television. The DVB-T standard still does not provide for HD resolution, but DVB-T terrestrial terrestrial antenna television will soon be replaced by a more modern variant, DVB-T2. 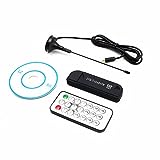 DVB-T is the abbreviation for Digital Video Broadcasting – Terrestrial and simply means digital terrestrial television. DVB-T was introduced for Germany in 2002 and gradually replaced analogue terrestrial television. Aerial television has not been completely abolished as it is an alternative to satellite and cable and is intended to remain as a third means of reception. Instead, digital terrestrial television was introduced. The digital, terrestrial version has been and will continue to be modernised and will be available to as large an audience as possible. In order to enable many German states and cities to receive DVB-T, the broadcasting network was expanded by 2008. DVB-T television is transmitted via broadcast stations and reception is only possible with a DVB-T-enabled receiver. The receiver is already integrated into modern television sets or is available on the market as an external receiver. Other variants are small DVB-T receivers, which are sold as sticks with a USB connection and make television accessible to the computer anywhere. The highlight of DVB-T is that it is not only ready for reception on the home sofa or at home in general, but can be seen everywhere with the right equipment. In addition to a receiver, this equipment also includes an antenna. DVB-T antennas are also available at low prices online or in electronics stores. In the following, a receiver example is given to illustrate the versatile functions of DVB-T receivers.

The Xoro HRT 7524 HD DVB-T Receiver is an example of a DVB-T receiver with a wide range of functions. In this case, however, the HD resolution refers to an encoding that is not received in Germany. It is therefore still sent and received in SD standard resolution. The Xoro DVB-T receiver receives free terrestrial television and radio programmes. In addition, the device has a time shift function. To record programs and use the time shift function, an external storage medium (USB memory) must be connected. The time shift function makes it possible to watch a television programme with a time delay. The receiver is compatible with FAT32 and NTFS formats. The Xoro HRT 7524 receiver also supports audio and video formats such as MKV, AVI, MPG, MPEG-1, MPEG-2 and MPEG-4, which means that audio and video files can be played back from an external USB storage medium via the receiver, even in HD. In addition to a USB interface, the receiver also offers an HDMI interface and the well-known SCART connection. If you want to see content from an external storage medium in HD resolution, you have to connect the receiver to an HD-capable terminal via HDMI cable. DVB-T receiver – further developmentThe further development of DVB-T receivers is closely linked to the newly introduced television standard. By 2018/2019, DVB-T television will be replaced by DVB-T2 HD television. For this reason, receivers are offered that can meet both standards. These DVB-T/-T2 receivers receive the tried and tested everywhere television and can simultaneously decode the new DVB-T2 television with HVEC (H.265) standard. 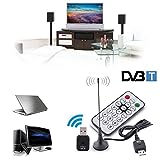 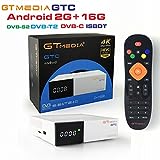 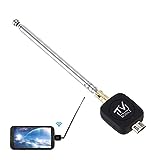 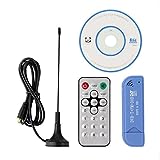