Glucosamine is an amino acid sugar which is a derivative of glucose. The -OH group on the C2 carbon atom is replaced by an -NH2 amino group on the backbone of D-glucose. This amino sugar is produced in the body and occurs in large quantities in the human body, mainly in the joints. Here it can be found in the cartilage, in the synovial fluid and also in the connective tissue. In the body it is synthesized from the amino acid glutamine and fructose-6-phosphate. Since glucosamine is mainly produced from everyday ingredients in the body, the products offered are dietary supplements. The substance is said to have a soothing effect on joint pain and arthrosis. Since an actual healing effect is not proven for most claims, the substance may not be called a drug in these cases. Nevertheless, glucosamine forms a special feature and is both a dietary supplement and a medicine.

Since glucosamine can be absorbed by the body via a fructose compound despite its synthesis pathway and also flows into the metabolism there, it is, in contrast to many other dietary supplements, actually a physiologically effective substance. When marketed as a food supplement, it is often suggested that glucosamine would be stored in the cartilage and in the cartilage fluid and thus helps to protect the cartilage, possibly even rebuild and thus improve the health of joints. There is generally insufficient evidence to support these allegations. For these reasons, glucosamine can be regarded as a dietary supplement in almost all products. Very strict rules apply to the marketing of dietary supplements in Germany, making it impermissible to make claims about a possible curative effect. Such statements always show the seriousness of a provider. Only a few preparations under different brand names are actually approved as drugs and may then be advertised with a medically proven healing effect.

In the past, several studies have been carried out to test the efficacy of glucosamine using scientifically sound methods. Such blind studies and double-blind studies, in which the patients are additionally randomly supplied with glucosamine or a placebo, are the best way of investigating the efficacy of a substance and identifying possible side effects at an early stage. In several studies the scientists came to different results. This fact should be taken into account when taking the product, especially if it is in the form of a dietary supplement on your own responsibility. Most studies could not confirm the claim that glucosamine reduces joint pain. Only one in four larger studies had a pain-relieving effect, which is somewhat doubtful, however, since different concentrations were used, but all groups of people showed similarly good improvements. Therefore, a pain-relieving effect on the joints should not be hoped for! The results in terms of complaints related to osteoarthritis showed somewhat clearer evidence of medical efficacy. In all studies it could be shown that an improvement occurs. Nevertheless, there are also different meaningful test results here. On average, the more severe the arthrosis-related symptoms are, the more pronounced the effect of glucosamine becomes. On the one hand, these results are sufficient for approval as a drug; on the other hand, however, they also show that there was a certain probability of malnutrition, since glucosamine can be produced in sufficient quantities in the body under normal circumstances.

Since glucosamine can be produced from food in the body itself, there is a sufficiently effective mechanism in the Redel to regulate the concentration. This makes overdosing difficult. It is recommended a daily maximum amount of 1250 mg or 1.25 grams and then shows no known side effects. It should be noted that there is no experience as to whether side effects may occur in children. This applies equally to unborn babies, babies and teenagers. Nothing is known about the transmission of glucosamine via breast milk. For these reasons, self-medication with glucosamine as a dietary supplement should be avoided. An additional problem concerns the amounts in the preparations. These are regulated for medicines, and in some cases exceed the recommended daily dosage in products that are approved as food supplements. Since glucosamine is mostly obtained industrially from crustaceans, allergic reactions can occur. 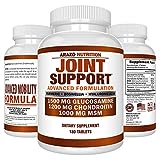 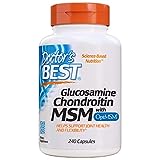 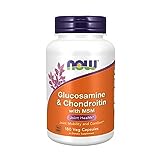