According to a survey, 80 percent of all German women regularly dye their hair. Men are also finding it more and more enjoyable to change their type or to subject their grey hair to a colour treatment as they get older. But how did the history of hair dyeing begin? 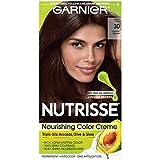 That the story of hair dyeing with men begins is hard to believe today, after all women usually advertise tints and colorations in magazines or TV spots. But in fact beards were already dyed in ancient Egypt. In graves documents were found, which show men with multicolored beards, which gives a conclusion on colored hair. At that time, blue and red beards were very popular. In order to give the natural shade this colour, the beard was treated with henna or other substances. In ancient Egypt, where beauty was already enormously important in the past, it was considered unattractive when the hair turned grey in old age. In order to be able to present a black splendour of hair again, however, one had to resort to unattractive means at that time. The Egyptians promised themselves black hair by mixing the blood of a black cow, the neck of a black bird and tortoiseshell and cooking them in boiling oil. This “hair dye” was then applied to the head and black hair was again obtained

Not only in Egypt, but also in Rome, people did not want to give in to the times and dyed their grey hair with a strange tincture. Pure vinegar was mixed with plant parts and leeches and left to stand for sixty days. While applying this mixture to the hair, one should keep oil in the closed mouth so as not to get from the hair dye into it. Although these recipes for dyeing hair sound very abstruse by today’s standards, the method was particularly popular with Roman women, who changed their ideal of beauty from black hair to blonde hair when the Romans met blonde Teutons in the course of the Germanic wars. In order to make the dark hair of the Romans lighter, a remedy was made from quince juice, soap and beech ash, which made the hair lighter, but it often fell out after treatment. Germanic slaves were taken to shear the women’s heads and blond wigs were made from the stolen hair

Since women in the Middle Ages had to hide their hair under bonnets, the idea of dyeing did not arise at all. Only in the late Middle Ages, so it is reported, one tried to dye the hair with the help of powder, which was sprinkled on fat. But the bad smell of the grease was not the optimal solution for medieval hair dyeing.

At the time of the Renaissance, after the Middle Ages more thought was given to its appearance. With the help of new findings, it was also possible to achieve red tones in the hair using natural products. Furthermore, blond hair was extremely popular, which one tried to bleach with the help of sun rays. Wigs were very popular during the baroque period. At that time, the real hair was protected and only wigs were dyed with powder and pomade once a month.

While at the beginning hair dyes were used due to a lack of alternatives to natural remedies such as plant extracts or even animal blood, later on substances were used that could not achieve the desired effect and were also life-threatening. Already in the 19th century the noble ladies of Venice tried to dye their hair blond with caustic solutions. Lime and stomachsia bisulphate were also applied to the head for colouring and often burned skin and hair. Even many years later, British noble ladies were not deterred and tried to dye their hair with arsenic. Often fatal accidents occurred due to the misuse of these toxic substances.

Tinctures for colouring the hair have developed considerably since then. Today, hair dyes are manufactured according to the best standards from synthetic materials and can be used without damage if handled correctly. 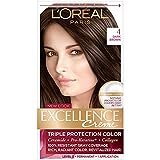 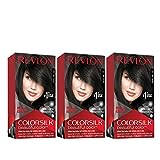 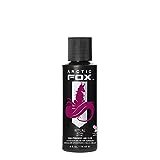