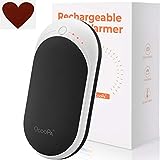 It’s time again. The days get darker, the temperatures drop and the thick winter clothes are taken out of the wardrobe. For cold days gloves are of course also called for, but what to do if you still feel cold and want a little warmth? Then so-called hand warmers come into question, which can quickly provide comfort.

Heat cushions: On the one hand, there are the widely used and well-known heat cushions in all shapes and colours, which can be activated by folding a metal plate. Mostly a salt mixture called sodium acetate-trihydrate, also known as sodium salt of acetic acid, is used for these heat cushions. By pressing the metal plate, the water molecules crystallize and, in combination with the sodium salt, trigger a chemical reaction that gives off heat. This small, handy heat accumulator maintains its temperature for about an hour. The big advantage is that the heat pads are very light and easy to handle. If you want to use them again, you heat the heat pads in a water bath with a temperature of 60 degrees, the salt melts, and liquefies again. Disposable hand warmers: These hand warmers are ready for use immediately after opening an airtight package. As soon as oxygen reaches the heat pads, the contained substances iron powder, vermiculite, activated carbon, water and common salt react with each other and oxidize. This immediately gives off heat. Up to 40 degrees heat then for a duration of approximately 12 hours the desired body parts such as hands or also feet. Because these hand warmers are very thin, you can also put them in shoes and use them as a warming insert or keep your back warm. In most cases, the cushions are equipped with an adhesive surface so that they cannot slip. Ideally suited for outdoor activities or travel, they are quick and effective to handle and can also give off heat for a long time. A further advantage is the long shelf life when packed, and that these pads can be repacked and reused during use if you don’t need 12 hours of heat all the time. For example, these hand warmers can be used on two days for approx. 6 hours each.

Pocket oven:The pocket oven is very popular among extreme sportsmen and women in the outdoor sector, as it can be used to dry wet gloves, socks or shoes. Pocket ovens usually have a metallic, glass-fibre padded housing with ventilation slots and are operated either with lighter fuel, carbon rods or charcoal. But pocket ovens powered by batteries are also available, but cannot emit heat as long as those powered by coal. Here a carbon rod is ignited, which slowly burns down and can thus give off more than 12 hours of heat. The inner lining with glass fibre ensures that the pocket oven does not get too hot on the outside and can thus damage clothing or skin. To be on the safe side, a lined fabric bag is usually supplied, in which you can put the pocket oven and make sure that it does not simply open.

These resourceful little helpers also have their origin, of course. The oldest records of the utensils known as heat balls date back to 756 and, as so often, come from China. In Europe, the first registers from the time around 800 can be found in an abbey in France. Until then, most heat globes were used in churches and consisted of metal such as gold, copper, silver, bronze or iron and were often decorated with decorative patterns and openings. These heat containers consisted of two hemispheres which could be opened or screwed open, inside which a small pan was filled with charcoal, wax candles or oil and heated. In the Middle Ages the heat balls were still verified and equipped with a wick, so that they could be ignited without large expenditure. At that time reserved only for the wealthy and powerful, this changed from the 16th century. At this time one finds the first recordings of heat balls also in Germany. These were usually equipped with a chain so that they could be worn on the wrist or even on the finger. From the 17th century onwards, prosperity moved into households and the heat sphere became a commodity. Due to the mass production at that time, brass, copper and iron were widely used as materials and thus the heat ball was proven to be the historical forerunner of the pocket ovens known today. 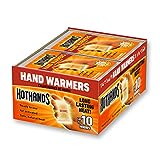 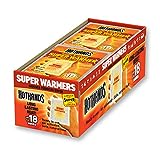