At parties in the 1970s and 80s the instant camera was a must. The cult snapshots made spontaneous snapshots possible, which could be regarded as a positive photo just a few minutes later. This made photography a fun party gag and every guest could take a lasting memory with them. This fun is thanks to the American physicist Edwin Herbert Land. He succeeded in accommodating a photograph as well as the processes necessary for the development in a camera – the first Polaroid instant camera. The first model was launched in 1948. 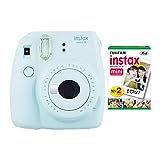 The film of a classic instant camera consists of specially coated sheets. They are like a small photo laboratory and already bring along all the chemicals required for exposure, development and fixing. On the upper side of the sheets is the negative that is exposed when the shutter-release button is pressed. The rest is done by a roller pulling out the photo. It mechanically ensures that the chemicals contained on the negative combine and the development is set in motion. Depending on whether it is a black and white or a color photo, it takes from a few minutes to half an hour until the photo is fully developed.

Then as now, the instant image is firmly associated with the name Polaroid, even though manufacturers such as Fuji and Kodak also launched instant image products on the market. With the advent of digital photography, however, the end of the instant camera had come. The ability to shoot large quantities of photos and view them directly on a display caused sales of instant cameras to collapse. In 2007 Polaroid therefore stopped the production of the films. The end of the cameras seemed sealed. But since a new manufacturer for Polaroid’s instant camera films was found in 2010, the cameras are experiencing a revival. In addition to the classic of that time, there are also cameras today that on the one hand spray the retro feeling of that time and on the other hand are equipped with modern technology.

The timeless classic is the analogue instant camera. There is no memory function like with modern cameras with the analog snapshots. This makes each photo a unique piece, which can only be reproduced by special processes if required. Also, it is not possible to view the photo before the issue. But that’s exactly what makes an instant camera so charming. Fujufilm in particular now offers models modelled on the cameras of the time. First and foremost the Fujifilm Instax Mini 8, which outputs snapshots in 62 x 46 millimeter format. The Fujufilm Instax MINI 90 Neo is a further development. In addition to its retro look, it has various motif programs as well as double and long exposure. This gives the photographer much more freedom and enables creative experiments.

Digital instant cameras merge the photo fun of the past with the technical possibilities of today. In modern instant cameras, unlike classic cameras, an image sensor captures the image information and stores it on an SD or micro SD memory card. Advantage: The photos can be divided and reproduced at any time. An example of the new generation of instant cameras is the Polaroid Z2300 10 MP. It comes with a display that, in contrast to an analog instant camera, allows the photos to be viewed in advance before printing. Printing the photos is one of the biggest differences to the original models. Instead of a chemical reaction, a photo printer integrated into the camera ensures perfect snapshots. This is practical, but has little in common with the classic of the time. In order to still give the photos some of the charm of that time, they can be printed with the digital instant cameras in the colors and with the typical Polaroid frame. 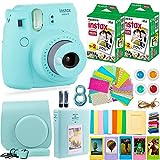 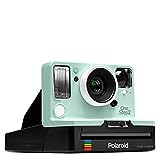 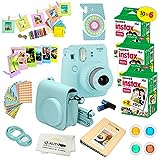