When buying a child seat, parents want to play it safe and look for a model that offers their child maximum protection in the event of an accident. Experts consider child seats with Isofix fastening to be the safest transport solution for small children. However, they are usually twice as expensive as conventional child seats with belt attachment. With Isofix, the seat is firmly connected to the eyelets in the car with special metal hooks. In the event of an accident, these eyelets hold the seat back. In addition, the seat belt protects the child from injury. But although Isofix is a worldwide standardized system, Isofix child seats do not automatically fit in every car. Here we explain what differences there are and what parents should pay attention to when buying. 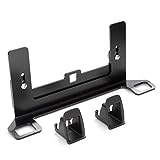 More than half of the cars on Europe’s roads are equipped with Isofix. Since the beginning of 2013, Isofix eyelets and the so-called Top Tether have been mandatory equipment in every new car. The installation of a child seat is simple and quick thanks to Isofix. The compatible infant carriers and child seats have two hooks at the bottom left and right of the back, which protrude a few centimetres from the body of the seat. The counter-eyelets on the car are located on the rear seat in the slot between the backrest and the seat. On newer vehicles, they are marked with the word Isofix and are easily accessible through a recess. To attach it, the child seat is placed on the back seat and pushed back so that the hooks slide over the eyelets and engage audibly.

Newer child seats are often additionally equipped with Top Tether. This is an additional belt which is attached to the top of the rear of the child seat and is guided via the backrest to a bracket on the vehicle. However, this is not available with every car and cannot be retrofitted. If the bracket is present, the belt is hooked in here and tightened tightly. It provides additional support for the child seat in the event of a crash. Some seats are also equipped with an additional support leg. This ensures that the child seat is supported against the car floor in the event of a crash. However, this only makes sense if the support leg is also standing on the floor plate of the car and there are no objects, such as toys, between the foot and the floor.

The advantages outweigh with Isofix child seats. In terms of safety in particular, the seats score well with experts and in crash tests. The simple fastening system avoids injuries caused by incorrect belt guidance, as is the case with child seats with belt fastening. The rigid connection to the car body also minimises the risk of the belt yielding in the event of a crash and the child jumping forward. Isofix also pays off when the child seat is empty. If there is an accident without a child on board, the seat cannot become a projectile and injure persons sitting in front.

But Isofix also has some disadvantages. Child seats with Isofix can only be attached to the left and right rear seats. The middle position, which is considered safer by experts, cannot be used. In addition, the Isofix eyelets are not easily accessible for every vehicle. Some cars have them hidden deep in the upholstery.

Child seats with Isofix are available for children of all ages. Even for the smallest ones, the trade offers seats of the “group 0” (for a body weight between 0 and 13 kg). These are mostly baby car seats, such as the Britax-Römer Primo baby car seat, which have an Isofix base in addition to the car seat. Parents can remove the infant carrier and child from the car at any time – for example when shopping or at home – while the base remains in the car. But there is also a large selection of Isofix child seats for older children. Before buying, it is advisable for parents to place their child on the scales, as the seats are divided into weight classes. These are for Isofix child seats as follows:

Although Isofix is a worldwide standard, not every child seat is automatically suitable for every car. Therefore, if parents like a seat model, they should take a look at the seat manufacturer’s vehicle type list. The car model in which the Isofix child seat is to be mounted should be listed here. If this is the case, it means that the manufacturer has already tested and approved the combination of car and seat. 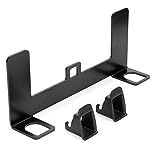 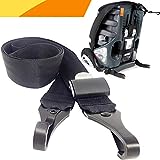 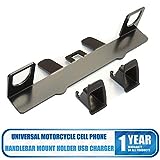 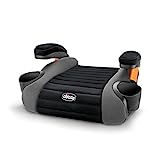