Those who do sports, jog, cycle or walk, sweat not only in summer temperatures. And everyone who sweats loses important minerals as well as a lot of water. For athletes, numerous manufacturers offer so-called isotonic drinks, which can help to quickly and specifically compensate for the loss of fluids and minerals during prolonged physical activity. 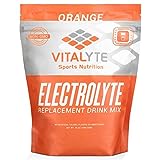 The term “isotonic” comes from medicine and refers to liquids whose ratio of dissolved particles and liquid corresponds to that of human blood, or more precisely, blood plasma. Due to the identical ratio, isotonic liquids can be quickly absorbed and are able to quickly compensate for liquid and mineral loss. In contrast to isotonic liquids, so-called hypotonic liquids contain a lower concentration of dissolved particles. Highly hypotonic fluids such as pure water cannot be held by the body for long. They are excreted relatively quickly. At the other end of the scale are the so-called hypertonic liquids. These contain significantly more dissolved particles than the blood plasma. Hypertonic liquids must first be diluted with water by the body before they can be absorbed. As a result, the thirst does not disappear but the feeling of thirst becomes stronger. Typical examples of hypertonic liquids are highly sugared soft drinks such as lemonades, cola or undiluted fruit juices.

A recommendable isotonic drink is the Vital Drink from Best Body Nutrition. The 1 litre concentrate produces 80 litres of ready-to-drink isotonic drink with church flavour. 100 ml of the finished drink contain less than 2 kcal and are sugar-free. The concentrate is enriched with vitamins B1, B6 and niacin.

The proportion of dissolved sugar such as glucose, fructose or sucrose is a decisive factor in whether a beverage is isotonic or not. According to experts, between 30 and 80 grams of easily soluble carbohydrates should be contained in one litre of the liquid. The sugars are a readily available source of energy for the body, maintain performance and can be easily absorbed. The addition of sodium is also important. Sodium is the mineral that is excreted most by the body when sweating. Sodium also has an effect on the absorption of water in the gastrointestinal tract. Experts recommend a sodium content of 500 to 1,000 mg per 1,000 ml isotonic drink. However, drinks containing sodium are generally only recommended for sporting activities of 2 hours or more. According to experts, an increased intake of sodium is probably not necessary. On the other hand, extreme athletes can suffer from a considerable sodium deficiency in the blood, which can lead to a number of disorders and even unconsciousness.

The Isotonic Sports Drink Orange Fresh Flavour from Dextro Energy Sports Nutrition provides everything the body needs to maintain performance with sodium, potassium and magnesium as well as a special carbohydrate composition. The contents of the can are sufficient for 11 portions of 500 ml isotonic drink.

Ultimately, every athlete must try out for himself which isotonic drink he feels most comfortable with. Of course, taste also plays a not inconsiderable role. When selecting an isotonic drink, it is important that the composition corresponds to the scientific recommendations. Whether up to 2 liters per hour, as recommended for extreme endurance, must or should actually be drunk depends on the individual loss of fluid, which can vary greatly from person to person. 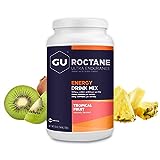 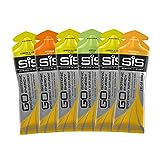 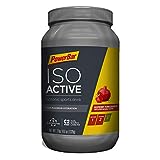