Linseed is considered a miracle weapon for digestive problems. They contain a variety of dietary fibres that coat the gastrointestinal mucosa with a soothing and protective film. They are also effective against constipation. Their valuable, indigestible components contain swelling and mucilaginous substances that swell and keep the food porridge in the intestine moist in this way. That’s how they accelerate intestinal passage. 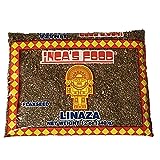 Linseed contains linolenic acid, an omega-3 fatty acid, which has a positive effect on the blood fat level. The mucilages in linseed coat the stomach with a protective, adhesive film. Thus they are well suited against nervous stomach complaints. The mucilages of linseed lubricate the intestinal walls; in this way they ensure an uncomplicated and smooth “removal”. Flax seeds have a calming effect. They’re even supposed to cure colic and intestinal inflammation. The fat contained (linseed oil) consists of polyunsaturated fatty acids. In addition, there is a high proportion of vitamin E, which can help regulate excessive cholesterol levels. Linseed also contains comparatively high levels of bone-strengthening calcium. In order for linseed to develop its extremely beneficial and health-promoting effect, a tablespoon should be eaten once a day, preferably together with muesli, quark or yoghurt.

The flax plant is one of the oldest cultivated plants in the world. For a long time linen was even regarded as the most important textile raw material; it was only later replaced by cotton and synthetic fibres. Linseed and linseed oil were already used in antiquity as a remedy for many ailments. Lein or Linum usitatissimum has an upright, branched stem. The leaves are smooth, the flowers bright sky blue. The fruit of the flax plant has the shape of a round capsule. This contains the brownish shining seeds. Flax belongs to the flax family and blooms between June and August. It is cultivated worldwide.

The effective ingredients of the flax plant are found in the seed coat of the flax seeds. It contains plenty of mucilage, which is composed of xylose, galactose and galacturonic acid. Linseed also contains oil, protein and fibre. The oil consists of oleic, linoleic and linolenic acid. Linolenic acid belongs to the omega-3 fatty acids whose consumption is inseparably linked to a healthy and balanced diet. The mucilages of linseed act as a swelling agent in the intestine. In this way they increase the volume of the intestinal contents. Therefore linseed – just like flea seed shells – is an excellent herbal remedy against constipation. By the way, whole linseed has a less intensive effect than ground linseed because it passes through the gastrointestinal tract in unchanged form.

Research suggests that flaxseed can help prevent cancers such as breast, prostate and colon cancer. And also the contained Linolens?ure assign nourishing scientists and nourishing scientists numerous, health-promoting effects. Ground linseed should be stored in a cool place – ideally in the refrigerator. This is because active substances such as fatty acids are released during comminution and decompose all too quickly. It should be noted that linseed should not be taken at the same time as medication. This is because they can make the absorption of certain active substances more difficult or even prevent it. The time interval should be at least two to three hours. Flaxseed should not be used if there is a narrowing of the intestine, stomach or esophagus. Also not in the case of intestinal obstruction or inflammation of the gastrointestinal tract. Beyond that nourishing scientists inside and nourishing scientists are present references that linseed oil increases the risk of premature births. Pregnant women should therefore avoid this as a precaution. 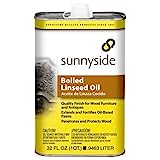 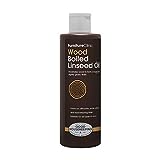