In everyday life there are situations in which a flashlight would be helpful, but none is at hand: for example, to illuminate the way to the power box in the event of a power failure, to help find the key to the front door at night or to provide a feeling of security on dark paths on the way. Many people assume that powerful flashlights are bulky, consume a lot of energy and are empty when needed. Modern mini torches the size of a key fob can be conveniently taken anywhere, are very economical and offer the same powerful light output as large torches. 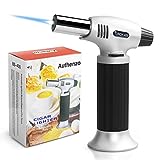 In former times flashlights were battery eaters due to the built-in light bulbs. Not only did the batteries have to be replaced regularly, but the light bulb itself was also very susceptible and often required replacement. With the advent of modern LED technology (“light-emitting diode”), the energy consumption of flashlights has fallen sharply. This is made possible by the use of LEDs with an output of only 1 to 5 watts. On the market for mini torches, however, there are also very powerful models for special purposes, the performance of which is significantly higher.

Even more economical than conventional LEDs are high-power LEDs from Cree, which are used, for example, in the mini torch with 500 lumen from Ultrafire. The power consumption of Cree light-emitting diodes is expected to be 20 to 50 percent lower than that of other LEDs. Another advantage of mini torches with LED technology is that they require virtually no maintenance. The LEDs are often designed for an operating time of up to 100,000 hours (11.5 years). In household use or as a companion in the glove compartment, however, most mini torches should not even reach 1,000 operating hours.

When buying a mini torch, the brightness or the amount of light emitted is one of the main criteria. The unit of measurement used here is lumen (lm). The value indicates the amount of light that a mini torch actually emits. Very small and compact torches have values between 5 and 100 lumens. For example, the LiteXPress Mini Palm 101 offers a light output of 67 lumens. This is enough to quickly bring light into the darkness. Mini torches with 120 to 500 lumens are recommended for stronger illumination. Particularly powerful models even offer 1,000 to 2,000 lumens, sometimes even more, but manufacturers often add “up to”, which means that the LEDs only reach their peak value under optimum conditions (full batteries, few operating hours).

Which batteries are needed to operate mini torches depends on their performance. Small key fob models and low-power models typically work with a single AA or AAA battery. Powerful models use up to three or even four AA batteries. Some manufacturers do not recommend the use of rechargeable batteries. Justification: Most rechargeable batteries also deliver a lower voltage than conventional batteries when fully charged. However, unlike an incandescent lamp, an LED requires a certain minimum voltage for operation. In some cases the use of rechargeable batteries can also lead to damage to the installed LEDs. In any case, consumers should follow the recommendation of the respective manufacturer in order not to risk the guarantee.

Most mini torches have different modes of operation. In addition to a high-performance mode with maximum luminous intensity, there are often two or more other modes in which luminous efficacy and energy consumption are lower. This means that the right light can be selected for every situation. The zoom and focus functions offered by some models, such as the EasyAcc 3-in-1 mini torch with Cree LED, can also be useful in various situations. For camping and outdoor activities such as mountaineering, biking or hiking, a particularly robust and waterproof mini torch such as the ProGreen Cree XML-T6 is also recommended. It is equipped with a rechargeable battery and is even suitable for use as a diving lamp. 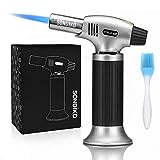 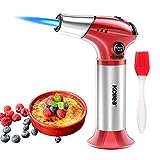