More and more people are using the cloud: Data is stored and secured at a central server location. The advantage: A common database can be accessed with many end devices such as a smartphone, laptop or tablet. A so-called NAS performs the same task, but still has some advantages over the cloud. What should I bear in mind when buying a NAS? NAS advantage: More powerful than cloud services NAS is the abbreviation for “Network Attached Storage”, which can easily be translated into German using network storage. Unlike a conventional external hard disk, the mass storage device is integrated into the network via the home router. This means that wireless data access is in principle also possible from on the road. Unlike in the cloud, however, nobody has to worry about data security because storage does not take place on a foreign server, but within their own four walls. In addition, the storage capacity is much larger: In the cloud, backing up movie libraries or music collections is hardly possible, but no problem on the NAS. The transmission speed is superior to the cloud anyway, especially in its own network. The NAS can take full advantage of the network’s maximum speed, which is usually a few hundred Mbps. The cloud is throttled by the slower Internet connection, especially when uploading. What’s NAS all about? But according to which criteria should a NAS be purchased? The NAS is a data server. This means that the core is a small PC that can do without graphics output. Technical performance data such as processor or RAM are correspondingly important. Even comparatively slow NAS should allow a smooth HD or even 4K streaming, but especially with additional parallel downloads or data backups there is often a reduced speed. Synologie’s DS216Play does this job without any significant speed drops. In addition, users attest the NAS high stability and low volume. The latter is important if the server is located in the living room, which is more likely to be the case depending on the router location. Loud fan noises are especially annoying when watching a movie. A connection via WLAN is technically possible with many servers, but in the interest of a high bandwidth the LAN cable is the better choice. Simple setup of your own cloud In addition, the setup is of course an issue if the expertise of the user is limited. Cheap entry-level products such as the Western Digital 3TB My Cloud, combined with the included software, enable quick configuration even if no prior knowledge is available. However, only one hard disk can be used here, which is just as often the case with other inexpensive data servers. The disadvantage of this is that if the storage space is to be reduced, the old hard disk must be removed and replaced. The ZyXEL NSA325v2 shows that such compromises are not absolutely necessary, even if little money should be spent. The NAS has two bays, i.e. two hard disk bays. It is by no means necessary to prove both. However, it still makes sense because both hard disks can then work together in a network, a so-called RAID. There are basically several possibilities with two hard disks: Either the data is mirrored, which results in higher reliability. If there is a defect in an HDD, the data is still retained. The alternative is to store the files separately on both hard disks. This increases the transmission speed because the HDDs can store the data in parallel. In addition, the storage space doubles. Conclusion: Universal data storage In the end, it becomes clear: No matter whether backups are to be made or an additional data storage is required: The investment in a NAS makes sense in any case. Current products are fast, stable and surprisingly easy to set up. 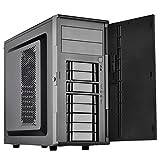 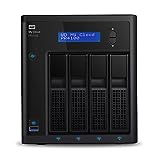