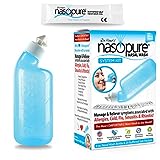 to the oldest natural hygiene measures. Already in the early 19th century, the first nasal rinses were carried out on doctor’s orders. Today, the so-called nasal shower is not only used to clean the nose, but also to treat allergies and sinusitis

When the first nasal rinse actually took place has not yet been clearly proven. However, there is evidence that 19 different nasal rinsing devices were offered for sale in a medical catalogue in 1900. However, these were not objects for common use, but nasal rinsing vessels and nasal rinsing syringes used therapeutically or surgically by doctors. Apparently, doctors at that time had not yet recognised the preventive and therapeutic potential of nasal showers, at least for the general public. No doctor at that time recommended nasal rinsing as a hygiene measure to his patients, although the positive effect on health and well-being was also sufficiently known in medical circles as an old yoga tradition.

It was not until 1997 that the nationwide Gmünder Ersatzkasse started the project: “Nasal rinsing with isotonic saline solution to prevent colds”. The aim was to make nasal rinsing available to the general public as a hygiene measure. It turned out that there was no suitable nose shower that could be used by anyone without any problems and that it was also affordable. Today this has changed fundamentally. There are numerous nose showers on the market in all imaginable designs and price ranges, all of which are child’s play to operate

The nasal shower has proven itself above all as a prophylaxis against colds or for the treatment of already existing illnesses such as sinusitis or allergies. It can be used for both adults and children. If a cold threatens, it comes to an increased accumulation of germs in the area of the nasal mucous membrane By one to two nasal rinses with a saline solution (0.9%), the development of the germs can be effectively inhibited. If a cold has already occurred, the swelling of the nasal mucous membrane caused by the disease can be naturally reduced by regular rinsing several times a day. By moistening the nasal mucous membrane, the healing process is effectively supported, but without the addition of chemical agents. The use of a nasal shower has also proven helpful in the treatment of pollen allergies

When choosing the right nasal shower, care should be taken with quality, workmanship and handling, as the device will always come into contact with the very sensitive interior of the nose during use. Tests have shown that especially very inexpensive nasal rinsers consist of too hard materials or are poorly processed. Therefore, children in particular can be easily injured. Ideal is when the nose shower is made of soft plastic and has been processed transition-free. Ceramics have also proven themselves, as this material is very robust and can also be washed in the dishwasher. In a comparison by Stiftung Warentest (01/2014), the products of the manufacturers Emcur, Aldi Nord, Emser and Nasanita Nasal Shower were convincing. Who would like to buy a nose shower, should inform itself before in the Internet with one of the free comparison portals exactly. Especially the customer reviews are a big help here. 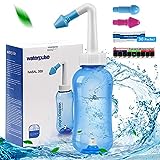 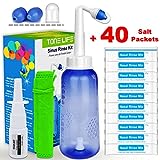 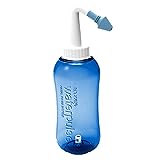