Pain can occur in different types, forms and intensities. The causes behind pain impulses can be very complex. However, the various pains have one thing in common: people usually want to get them behind them quickly or be released from them quickly. There are a number of products and active ingredients on the pharmaceutical market that are used to treat pain. The best-known active substance preparations are paracetamol, acetylsalicylic acid and ibuprofen, but there are many more active substances in detail.

According to medical definition, painkillers are substances that are used in the treatment of chronic or acute pain. Patients find them in a wide variety of dosage forms, such as ointments, tablets, drops or water-soluble powders, etc. The selection that can be found on the market is large. In principle, however, these preparations only serve to relieve pain. Historically, painkillers have been around for centuries. Already in earlier epochs, mankind used at least purely vegetable materials, like willow plants or opium poppy for pain relief.

Often painkillers can be purchased over the counter in pharmacies. Before purchasing such products, customers should inform themselves about the individual active ingredients and seek advice from their trusted pharmacist.

Acetylsalicylic acid, ibuprofen, paracetamol, diclofenac and naproxen. Aspirin is probably one of the best-known preparations with the main active ingredient acetylsalicylic acid. This active ingredient provides for a certain blood thinning and is best suited for mild to moderate pain. The active ingredient ibuprofen is used to treat many different types of pain. These include, for example, joint pain, menstrual pain or headaches. Paracetamol is a widely used painkiller. It is extremely popular with children and pregnant women and is used primarily for mild pain. Naproxen belongs to the group of antirheumatic drugs. It has an anti-inflammatory and antipyretic effect and is often used due to its gentle effect on the liver. Diclofenac is also anti-inflammatory and is therefore frequently used for arthritis, arthrosis or other types of sports injuries.

When buying painkillers, consumers should always also pay attention to the origin and quality aspect, because poor quality painkillers, which are cheaply imported from abroad, for example, often have undesirable side effects or only a small effect. When buying medicines, customers should therefore always make sure that the seller is trustworthy and serious. With the factor of seriousness, prospective buyers will initially think that this is a self-image. But practice shows that the factor of seriousness is a decisive aspect when buying such products. A reputable provider will also be able to present the general terms and conditions and publish individual revocation and return regulations publicly. In addition, you should also make sure that no active ingredients are mixed together. In principle, customers should also refrain from purchasing such preparations abroad, especially outside the EU, because the high pharmaceutical requirements often do not apply here, as in the Federal Republic of Germany.

There have been very effective drugs on the market for pain for many decades. The substances and active substances, however, differ greatly in sum. Before customers decide on an active ingredient, it is strongly recommended, especially in the event of a sudden occurrence of adverse effects, to seek advice from an expert. Since the majority of pain medications can be obtained without a prescription, the pharmacist of confidence is the best choice. However, the long-term use of painkillers should not be taken as a whole, as undesirable side effects can occur, such as impairment of liver values or the like. Should customers bring serious pre-existing conditions with them that impair the organism, it is also advisable to seek relevant advice in order to rule out interactions with other medicines and to avoid putting additional strain on one’s own organism.

Pain Killer: An Empire of Deceit and the Origin of America's Opioid Epidemic
Buy on Amazon

Painkiller: Out of the Box (The Girl in the Box Book 18)
Buy on Amazon 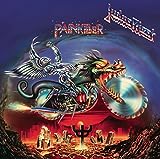