People have always sought shelter from wind and weather. Our ancestors until the beginning of the 19th century, however, had no choice but to find a dry place and shelter when it rained. The materials that made rain jackets possible in the first place were not yet available. The production of the first rain jacket goes back to the Scottish inventor Macintosh, who invented the first long rubber raincoat. In 1920 the first “Kleppermantel” was produced by the master tailor Johann Klepper in Rosenheim, a cotton coat with a completely waterproof and abrasion-resistant rubber coating. The plastic coat, which became popular in the 50s of the last century, represented a further step in the development up to today’s modern, light and extremely versatile models of rain or outdoor jackets. The final triumphal march began with the raincoat with the “Friesennerz”, which was copied from the oilskins of East Frisian fishermen and sailors around 1970. This rain jacket offered also the “landlubbers” a big protection against wind, wetness and cold. Who can’t remember the practical, mostly yellow rain jackets for the dirty and rainy weather that were quickly worn not only on the German North Sea coast? Since the invention of the “Frisian mink”, many manufacturers have further developed the rain and outdoor jackets for different purposes and weather conditions. A simple rain jacket was made from a softer and more cuddly plastic material that could also be folded up and easily carried in any bag anywhere, for example on a hike or walk. These simple rain jackets are still used today. They are available in different shapes and colors, depending on the fashion, the light rain jackets have been provided with colorful patterns, for example, or for children with funny figures. Very popular to this day were also the simple rain jackets made of clear transparent plastic, through which the other clothing of the wearer can be seen very well.

The further development of simple rain jackets into multifunctional outdoor jackets has not yet come to an end. On the contrary, with the advent of many trend sports, such as mountain biking, Nordic walking and many more, as well as the rediscovered enthusiasm for hiking and other outdoor activities, many brand manufacturers for sports, functional and outdoor clothing, such as Jack Wolfskin, Schöffel, Adidas, The North Face, CMP Campagnolo, McKinley and many others, have developed a versatile range. Modern functional and outdoor jackets are made of breathable materials, often equipped with so-called climate membranes and various functions. They repel wind and water, often have various pockets with zippers that can be securely fired and warm hoods to keep them warm. The modern rain and outdoor jackets are designed to be highly functional and comfortable to wear. 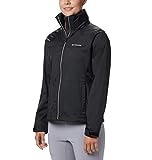 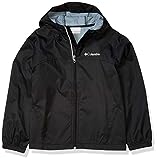 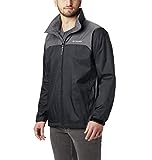