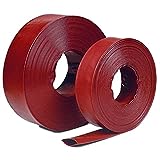 The armoured bolt is attached to the inside of the apartment door and makes it difficult for burglars to break open the door. The security increases and you contribute to the protection of your family and your property by the assembly of the bolt

Another term for the security measure is cross bolt lock, since the bolt is fitted horizontally, i.e. across the door leaf. There are different versions of the tank bolt, which have some similarities. The decisive factor is that the bolt runs completely across the width of the door. In order to achieve maximum force, lock boxes are anchored in the masonry on the right and left sides. Solid bolts emerge on both sides of the locking cylinder to ensure reliable locking. In most cases, a hardened steel rosette is placed around the crossbar, which increases the resistance. This makes the armoured deadbolts robust against mechanical influences and cannot be broken through. Burglars work with various tools that generate large forces. Without an armoured bolt, an apartment door or a front door can be broken open in a few seconds to minutes. The bolts significantly increase the amount of force required and in many cases make it impossible to open the door. It is best to install the latch underneath the door fittings. The height should be chosen so that you can easily reach the cross bar

The Abus armoured deadbolt for house and apartment doors PR2700 is supplied without a locking cylinder, so that you can individually secure the door. You gain choice and adapt the bolt to the designed security concept. The cross bar is suitable for plastic doors, metal doors and wooden doors. The lock is secured on the lock and hinge side, which results in increased security compared to a simple lock. A plus point of the Abus armoured bolt is the adjustment possibility for the closing direction. Users are often accustomed to a particular direction resulting from the characteristics of DIN-left and DIN-right doors. The armor bolts can be adjusted so that they close in the same direction. A further characteristic is the low volume, which is produced by the use of low-noise materials. The ABUS 513848 PR2600 armoured deadbolt is suitable for door widths between 735 and 1030 mm. With wider doors, the force development on the sides is too low and burglary protection is reduced. Therefore, you must always pay attention to the permissible door widths when selecting the products. The operation is carried out on the inside and outside by means of a key. The package usually includes several keys, so you can give each family member a key. Duplicate keys can usually only be produced using the key card. This security measure is intended to prevent unauthorised persons from having keys copied. It is forbidden for locksmiths to produce keys without proof of authorisation

Around 167,000 burglaries were committed in 2015. This figure has risen by around 10 percent compared with the previous year. A lot of the break-ins can’t be solved. Regardless of whether the perpetrators can be caught or not, there is a great danger for the inhabitants. More and more burglaries take place in the presence of the occupants of the house. The perpetrators can be armed and violent. An armoured bolt prevents many burglars from attempting to break in because they consider the effort too high, cannot open the door or are discovered during the attempts. For ideal burglary protection, combine the reinforced deadbolt with a high-quality door lock, an alarm system and a motion detector. In addition, securing windows, grilles and roller shutters is a sensible measure. You decide which security level you want. The advantage of the armoured bolts lies in the quick and easy installation in combination with the high effect. The only disadvantage of the bolts is that it takes longer to open the door. Instead of operating one lock, you must unlock two locks. In view of the fact that safety is increased many times over, this slight increase in expenditure can be regarded as tolerable.

Sober Ever After: A Memoir
Buy on Amazon