“I’m moving, will you help me?” One of the most feared sentences, whenever a removal company is out of the question. One thinks of the washing machine, the giant palm tree, the countless bookcases – and of one’s own back: Wherever heavy loads have to be moved, a good sack truck helps.

Today sack trucks no longer only transport sacks. Rather, everything is stacked on the robust rollers, from parcels to cement bags to moving boxes. However, it is also suitable for bulky household appliances such as refrigerators and the like. Rarely referred to as a transport cart or stacking cart, there are currently a large number of models. Each has its own function: from all-rounders to specialists such as drum or chair barrows. The construction uses a simple lever principle, namely two wheels with a shovel at the end, also called support angle. Above it is the frame, at the upper end of which two handles are attached. Because the centre of gravity of the construction is in the wheel hub, the sack truck can be moved easily, making it easy to handle even for less powerful people: the weight is distributed over the sack truck, only a little effort is needed to pull or push it. The bucket, which is mounted close to the ground, is simply pushed under the load – heavy lifting, such as with wheelbarrows, is no longer necessary

There are two main versions: Folding models and those that are rigid. Rigid models are made of steel tube, so they are quite heavy. With the increasing use of private homes, lighter aluminium frames also became commonplace. These sack trucks are more handy, and if they are also foldable, they also save space. With steel models you can move well over a hundred kilos, which private people rarely need. But what both professionals and occasional users should pay attention to is the tyres. If the wheels are inflated, similar to a bicycle tyre, they can let air out after some time, so they have to be checked before use and pumped up if necessary. They roll well for this, at least better than solid rubber. The latter in turn can withstand more, but does not cushion uneven ground as well as pneumatic tyres. But with solid rubber wheels there is no danger that a flat tire will put the sack truck out of action. Those who accept that sack trucks with solid rubber are not very easy to move, or who only want to use them for flat floors anyway, are certainly better off with such a model. The same problem also exists with newer models with hard plastic, such as polyurethane tyres.

The range of sack trucks is as varied as their field of application. That is why it is necessary to make it clear before the purchase what it will serve for later. Rigid, robust models are better suited for the eager do-it-yourselfer than the lighter folding models. If, on the other hand, you are not quite as strong and only transport something occasionally, an aluminium sack truck could be more useful. The so-called stair climber is particularly recommended for stair users: Of its three pairs of wheels, one always remains in contact with the ground – the classic high pulling step by step is thus a thing of the past. A fold-out bucket can also be useful, but generally reduces the maximum payload. Important to know: Affordable models often lack good workmanship. Those who value longevity should therefore rather spend more money – for a crate of drinks per week, on the other hand, a cheaper model can be quite sufficient. When purchasing, the maximum load capacity should also be taken into account. It is specified by the manufacturer. Simple sack trucks are already available in discount stores, but a better choice is available at the local DIY store

TS 1000 transport system from WolfcraftL can be converted in a few simple steps into a push trolley that can transport up to 200 kg. As a sack truck up to 150 kg loadable. Pneumatic tyres, with individually adjustable handles. Professional sack truck from TecTakeStarres model with a dead weight of only 9 kg, can handle up to 200 kg load. With steel frame and pneumatic tyres. Sturdy model for more frequent private use. Sack truck extension from pro-bau-tec With PU wheels, i.e. hard tyres. TÜV-tested model with steel construction. It’s not easy at 16.8 kg, but it can take a bit: Load up to 250 kg possible. The shovel has an extended extension bracket that provides a larger footprint, but in this case the load capacity is reduced to 150kg. 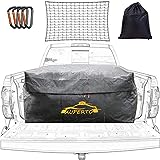 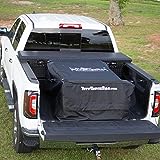