St. John’s wort is a well-known medicinal plant. The botanical name is Hypericum perforatum. In the vernacular, however, this plant is known as Lord’s blood, Jesus’ wound herb, St. John’s blood or elf’s blood herb. The biblically derived name can be traced back to John the Baptist, because the plant blooms around St John’s Day. The juice produced by rubbing the yellow flowers is red, so it was compared to blood.

In ancient times the plant, which among other things grows along roadsides, was worshipped and there were first traditions that St. John’s wort promised healing for burns. Already thousands of years back, people danced with wreaths of St. John’s wort at the summer solstice to defend themselves against witches, evil spells and demons. St. John’s wort was also used to treat lumbago, gout and rheumatic joint pain. And already in the late Middle Ages the miraculous effect of St. John’s wort against fears, restlessness and mood swings was recognised and applied by herbalists. Today St. John’s wort is used in particular for moderate depression or depressive moods. The ingredient hypericin is said to have a mood-enhancing effect. Furthermore, Hyperforin, which is also found in the flowers, has an antibiotic effect. Other ingredients such as rutoside and hyperoside inhibit inflammation, have an antispasmodic effect, strengthen and dilate the blood vessels. This is why this plant found its application in the Middle Ages, when many wealthy citizens suffered from gout, rheumatism or other chronic diseases. But even today St. John’s wort, which is sold in tablet form, is recommended and used especially for depression. St. John’s wort oil, also known as red oil, is used to treat skin problems. Initial studies have also shown a demonstrable effect on neurodermatitis.

It has been proven that the intake of St. John’s wort, Hypericum perforatum, has an effect on the central nervous system. In the form of increased release of messenger substances that counteract depression. In addition, the ingestion of St. John’s wort leads to a side effect that nature has carefully considered. The ingestion of the medicinal plant leads to an increased sensitivity to sunlight. However, since depressive moods or depressions are generally accompanied by a lack of light, this side effect of St. John’s wort is even beneficial for the treatment of the depression disorder. The necessary melatonin production is promoted. The effect of St. John’s wort has fascinated science for decades, so that the medicinal plant is also mentioned as a medical remedy in various official medical guidelines and guidelines. St. John’s Wort is also used for other psychological problems or strains. One example is the psychological stress during the menopause, after a birth or during other life events. The anxiety- and restlessness-relieving effect of the medicinal plant Hypericum perforatum provides improvement here.

First of all, there is the increased sensitivity to light, which can lead to an increased risk of sunburn and thus skin cancer. In addition, it is not always compatible with other medicines and can reduce their effect. This applies in particular to medicines for the treatment of HIV, blood thinners, birth control pills and cardiovascular medicines. Accordingly, it is always advisable to consult your doctor before taking St. John’s wort. 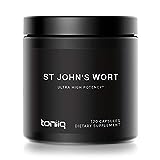 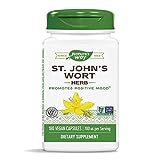