A video editing card is a hardware extension for video editing. This is not only about pure digitalization of analog picture and sound signals, but also about video editing, in which individual sequences are joined together. The individual parts are taken from a source medium, i.e. copied, and remixed in a different order. Up-to-date graphics cards, especially in the high-price segment, which are built into powerful PCs, often already offer sufficient functions for video editing. For home users they are sufficient in many cases. An additional video editing card is required for older computers, which lack the required performance, and in a semi-professional and, above all, fully professional environment, in which higher demands are placed on video editing. Video editing cards are available for installation in the PC or as an external functional unit in its own housing.

In video editing, an editor is used to copy selected sequences from video source material to a target medium and then place them in a row. The result is a video that has been redesigned both in terms of content and dramaturgy. In principle, two different procedures are used:

– Linear cutting is carried out in the professional area at a machine cutting station. Magnetic recording media (MAZen) are processed. Recording is analog or digital and the target media are mostly magnetic tapes. The procedure is complex and the necessary equipment is often made in 19 inch technology.

– Non-linear editing (NLE) is performed on computers equipped with video editing hardware and software. The signals are first stored on hard disks, whereby analog data is digitized. Then it is possible to join individual segments together. Picture and sound can be joined together separately.

With older PC’s the question of the advantages of a video editing card is easy to answer when playing in analogue and digital video material. The card is simply necessary because both older computers and older video cards are not powerful enough for such applications and require additional support, especially if an on-board graphic has been installed.

Modern PCs or notebooks that are equipped with a current graphics card usually contain a dedicated graphics unit with its own memory. It is often so powerful that in cases of simple machining it may not be necessary to upgrade. External analog sources can often be easily imported via a FireWire interface or with the help of a DV camera. Nevertheless, the use of a special video editing card has considerable advantages even with current hardware. They provide immediate and optimal control over editing through real-time capabilities in plug-ins and associated video editing applications. Although there is also a lot of free software for video editing in the open source area, these programs often do not fit optimally to the existing hardware. Video editing software purchased separately is usually highly convenient, but often also expensive and not always optimally adapted. In the case of a video editing card, the software is almost always included in the scope of delivery and is specifically adapted to the individual functions of the card hardware and firmware.

The cards not only read the image signals, but also buffer them for further processing. This allows a preview image to be calculated in real time without loading the CPU of the computer. In addition, all editing steps such as titling, color corrections, effects or animations can be immediately controlled on the output monitor during video editing – and not just as a preview image. Newer cards usually have a sound chip, analog inputs and outputs (Audio, S-Video, F-BAS, Video-BAS), YUV and an MPEG or MPEG2 encoder. In addition, they are usually equipped for new technologies such as HDV or HDTV and equipped with connectors such as HD-YUV. Video editing cards usually also include an attractive software package with functions such as DVD creation. In addition, they also offer plug-ins for common video editing programs. 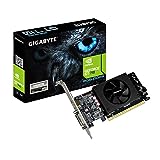