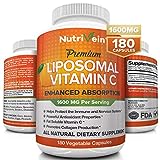 Vitamin C is found in many foods, especially vegetables and fruits. Citrus fruits contain a particularly high amount of vitamin C immediately after harvest. But there is also a lot of vitamin C in cabbage vegetables and sauerkraut. The bush plum, camu-camu and acerola cherry are the fruits with the highest vitamin C content. It should be noted that when cooking, the vitamin C content of the food decreases considerably. During cooking, the molecules disintegrate first, so that it can theoretically contain more vitamin C than in its raw state. The need for vitamin C for a healthy adult is about 100 mg/day. Of course, this is only an average value, as opinions differ widely about this. This value is covered for example by two apples, three potatoes, or a portion of sauerkraut. Therefore, a normal, balanced diet is ideal to maintain enough vitamin C. Excess quantities are excreted by the body in the form of urine and in some cases an intake of 5000 mg/day is considered harmless. It is therefore unlikely to consume too much vitamin C to endanger your health

Vitamin C was discovered by the disease scurvy. This has among other things the complaints of muscle atrophy, dizziness, bleeding gums etc… Scurvy used to be the leading cause of death on sea voyages. In the 18th century, this disease was examined by a ship’s doctor on the basis of twelve seamen. It turned out that there was a rapid improvement in the consumption of citrus fruits. At the end of the 18th century, the food rations at sea were supplemented with lemon juice, sauerkraut and malt. The actual discovery and isolation of vitamin C did not take place until the beginning of the 20th century and it was here that the vitamin was first given its name as a vitamin. To be precise, the substance called vitamin C was isolated and identified in 1931 in connection with scurvy. The term vitamin consists of vita for “life” and amine for “amino group”. In fact, vitamin C does not contain an amino group at all, but the name has remained the same to this day.

Nowadays vitamin C is contained in many natural products, but also in many industrially produced foods. For example, it is used as a preservative in many foods. In addition, vitamin C can be used to change colour, for example to lighten naturally cloudy apple juice. When used with fats, this prevents them from becoming rancid.

As mentioned above, vitamin C is found in many fruits and vegetables. But there is also vitamin C in artificial form, for example contained in tablets, or vitamin C capsules. A lot of advertising suggests that you should take additional food supplements to protect your health. The fact is, however, that a balanced diet does not suffer from vitamin C deficiency. An additional dose of vitamin C does not harm the body as long as it is not exaggerated. Vitamin C preparations are available in so well again each drugstore, pharmacy and food shop. In addition, there are a large number of online shops where the various dosages and packs are available. 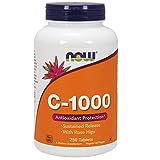