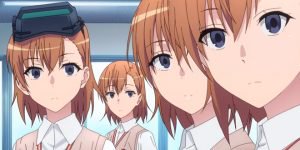 On the official website of the upcoming anime release of “A Certain Scientific Accelerator”, a first promo video was released today announcing that the series will be broadcast on Japanese television from July 2019. The production team was also unveiled.
Accordingly, the anime was created in the studio J.C. Staff under the direction of Nobuharu Kamanaka (“Big Order”). Kenji Sugihara (“Clockwork Planet”) is responsible for the series composition, while Yohei Yaegashi (“Aki no Kanade”) creates the character designs.
The opening will be contributed by the band THE SIXTH LIE, which was already responsible for the ending of “Golden Kamuy”, while the ending song is from the group sajou no hana, which was previously responsible for the ending of “Sirius the Jaeger”.
Arata Yamaji launched the spin-off manga, which revolves around the character accelerator from “A Certain Magical Index”, in December 2013 in Kadokawa’s “Monthly Comic Dengeki Daioh” magazine. The series comprises nine volumes so far.
Trailer: