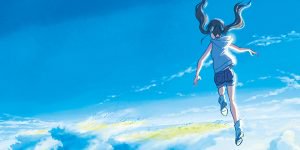 On the official Twitter account of “Tenki no Ko: Weathering With You”, the new film by “Your Name.” director Makoto Shinkai, the first pictures of the upcoming anime have recently been published, which you can view below.
Shinkai once again assumes the role of director and screenwriter for the film, which will be shown in Japanese cinemas on 19 July. Masayoshi Tanaka (“Your Name.”) contributes character design, while Atsushi Tamura (“The Kingdom of Cats”) is animation director and Hiroshi Takiguchi (“The Garden of Words”) art director. CoMix Wave Films takes over the production.
The film revolves around the student Hodaka, who moves from a remote island to the metropolis of Tokyo. There, however, he quickly finds himself facing financial problems, which is why he applies for a job as an editor at an occult magazine. Shortly after he takes up his duties, it seems to rain almost non-stop. One day he meets Hina, who lives with her brother and has the ability to put an end to the rain.
>> Order movies from Makoto Shinkai
Source: Twitter (@tenkinoko_movie)