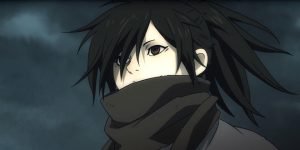 On the official Twitter account of the new anime adaptation of “Dororo”, a promo video for the upcoming second half of the series was released today, which will start on April 8, 2019 on Japanese television. You can watch the video below. In addition, the final details of the second opening and ending were unveiled.
The anime series is produced at Studio MAPPA (“Yuri!!! on Ice”) in cooperation with Tezuka Productions under the direction of Kazuhiro Furuhashi (“Hunter x Hunter”). Yasuko Kobayashi is responsible for the serial composition, while Satoshi Iwataki (“Ghost Hunt”) animates the original character designs of Mangaka Hiroyuki Asada (“Akanesasu Shōjo”). Yoshihiro Ike is responsible for the music.
The new opening song, entitled “Dororo”, will be contributed by the band Asian Kung-Fu Generation, which was already responsible for the opening of “ERASED”, while the second ending song, entitled “Anya”, is by Eve.
Tezuka’s “Dororo” manga from 1967 already received a 26-part anime implementation in 1969. A live action adaptation was released in Japan in 2007 and is available here on DVD. The new anime adaptation will be shown on Amazon Prime Video in Simulcast. There are new episodes every Monday at 15:00 o’clock.
>> To the series at Prime Video
>> order live action film from Amazon