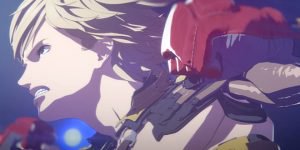 The Japanese animation studio Polygon Pictures recently announced that Haruhisa Nakata’s manga series “Levius” will receive an anime adaptation, which will be released worldwide by Netflix next winter. You can watch a first promo video and a visual further down in the article.
The anime is created in the studio Polygon Pictures under the direction of Keisuke Ide. Hiroshi Seko is responsible for the series composition, while Yuki Moriyama is responsible for the character designs. The music is contributed by Yugo Kanno.
Nakata started the martial arts manga in December 2012 in “Ikki” magazine and finished it in September 2014. Shogakukan finished the series with three volumes. A sequel with the title “Levius/est” appeared in the “Ultra Jump” magazine and ended with the fifth volume. The Manga series are not available here yet.
Promo video:
Visual: