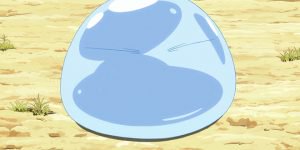 On the official website of the anime adaptation of “That Time I Got Reincarnated as a Slime” it was announced today that the series will receive a second season, which will be broadcast on Japanese television next year. A first visual can be found below. More details are not yet known.
The first season, which has been running since October 2018, is being produced under the direction of Yasuhito Kikuchi and Atsushi Nakayama (“Absolute Duo”) in Studio 8-Bit (“Comet Lucifer”). Kazuyuki Fudeyasu (“Recovery of an MMO Junkie”) writes the script, while Ryouma Ebata (“Busou Shinki”) is responsible for the animations. Elements Garden contributes the music.
Every Monday at 16:30 Crunchyroll releases a new episode in the original sound with German subtitles in simulcast. The manga adaptation is available at Altraverse under the title “My rebirth as slime in another world”. The light novel as well as the spin-off manga “Die Schleim-Tagebücher” will soon be published in German.
>> To the series at Crunchyroll
>> Order Manga at Amazon
Visual: