In the modern world, man is exposed to numerous free radicals, which form in his body and can cause various health problems. Antioxidants protect the body from attack by free radicals caused by air pollutants, high UV radiation or chemicals. Astaxanthin is an antioxidant that has recently become increasingly important 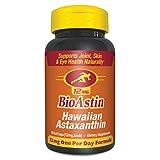 Astaxanthin is a reddish dye that occurs in nature mainly in green algae. Crustaceans and fish such as salmon owe their bright pink / red colour to the astaxanthin in the algae on their diet. The active ingredient belongs to the group of more than 700 known carotenoids and was first discovered in 1975 by the British Basil Weedon. Astaxanthin can also be produced synthetically. Today, natural astaxanthin is approved in the EU as a food colouring (E161j). Because of its positive effect on health, the dye is also marketed as a freely available dietary supplement.

Like other antioxidants, astaxanthin can prevent cell damage caused by free radicals. This slows down the ageing of the cells. Severe cell damage can lead to cancer and reducing this cell damage can help reduce the risk of cancer. Astaxanthin can also reduce the cell damage observed in type 2 diabetics, which can lead to kidney dysfunction in advanced stages of the disease. Studies show that astaxanthin also has a similar, though weaker, effect to cortisone and other antiallergic agents that prevent the release of inflammatory messengers. Astaxanthin also has a positive effect on the cardiovascular system by dilating the blood vessels. Among other things, this leads to a reduction in high blood pressure, a reduction in vascular deposits and the stabilisation of existing deposits in the vessels. This reduces the risk of blood clots forming, which can lead to a heart attack or stroke. In addition, studies show further positive effects of astaxanthin. This includes, for example:

Given the many health benefits described above, there is no specific use for astaxanthin. It can be used as a dietary supplement at any time, provided there is no hypersensitivity to the active substance. If you are allergic to crustaceans, make sure that the astaxanthin in the selected preparation is not derived from crustaceans. Like all dietary supplements, astaxanthin does not replace any medical treatment. Especially in the case of serious illnesses or the desire for long-term use, the treating physician should be consulted 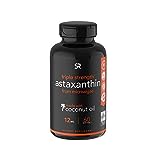 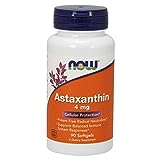 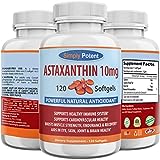