Coenzyme Q10 is an endogenous substance that is ideally produced by the human body itself. Coenzyme Q10 is also known as Q10 or ubiquinone-10. Translated, ubiquinone means “present everywhere”, indicating the property that coenzyme Q10 is present in every cell, but particularly in the lungs, liver, kidneys and heart muscles. This substance is an essential component of cellular respiration, without which the energy metabolism of the cell would not be possible. Due to the structure of coenzyme Q10 it is very similar to vitamin E and vitamin K. The body’s own production of coenzyme Q10 can be suppressed by several factors. These factors include stress, obesity, taking medication, diseases, nutritional disorders and poor nutrition. Then there is a shortage of this vital substance, which can be compensated with dietary supplements containing coenzyme Q10. Coenzyme Q10 is also frequently found in cosmetic creams. This substance is an extremely effective antioxidant that protects against free radicals. By using Q10 creams, the cells of the skin are protected and kept fresh and healthy. Coenzyme Q10 is also responsible for the formation of male sperm. 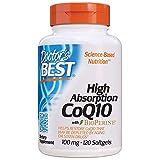 Coenzyme Q10 was first discovered in 1957 by Fred L. Crane. This isolated Q10 at that time from cattle hearts. Karl August Folkers clarified the chemical structure one year later. Only 20 years later, in 1978, the British scientist Peter D. Mitchell was able to determine the role of coenzyme Q10, which is involved in the Q-cycle of complex III of the respiratory chain. In the same year, Mitchell was awarded the Nobel Prize in Chemistry for this achievement. Today, three different processes are used to produce Q10: bacterial fermentation, yeast fermentation and chemical synthesis.

On average, a person ingests about three to five milligrams of coenzyme Q10 daily through food. If there is an increased need for coenzyme Q10, this substance can be taken via food supplements. Scientists recommend a daily dosage of 30 to 200 milligrams per day for adults. According to the Federal Office for Consumer Protection and Food Safety, coenzyme Q10 food supplements may only be sold in capsule form in Germany. The recommended daily intake is 100 milligrams of coenzyme Q10. However, children, adolescents, pregnant women and nursing mothers should not take coenzyme Q10 as a food supplement. In order to compensate for a coenzyme Q10 deficiency through food, more use can be made of foods in which coenzyme Q10 is abundant, such as liver, nuts, oily fish such as mackerel and sardines, pulses, sunflower seeds, sesame seeds, cabbage, vegetable oils, onions, potatoes, broccoli, Brussels sprouts and spinach.

Coenzyme Q10 is one of the active ingredients contained in many skin creams. Coenzyme Q10 is often found especially in creams used against the signs of skin aging. This substance makes free radicals harmless and activates the body energy in the skin cells. This gives this vitamin-like substance the task of protection, synthesis and repair. Coenzyme Q10 also deactivates aggressive oxygen compounds. These would otherwise attack the supports of the connective tissue and cause the skin to slacken more quickly. A coenzyme Q10 deficiency is quickly noticed on the skin when wrinkles form and the skin ages prematurely.

Coenzyme Q10 is known to act as an antioxidant, slowing down the aging process of the skin and protecting the heart and blood vessels. A lack of coenzyme Q10 is often noticeable in cardiovascular diseases. Furthermore, coenzyme Q10 ensures healthy nerves, as this substance eliminates energy supply disorders that are considered to be the cause of nerve diseases. According to one study, Parkinson’s patients were found to have a high coenzyme Q10 deficiency at an early stage. By compensating this deficiency, a visible improvement of the disease could be observed. Furthermore, inflammations can be throttled by a supply of coenzyme Q10, since Q10 regulates the substance NF-kappaB, which is responsible for the activation of inflammatory processes. If the human body has sufficient coenzyme Q10, the immune system can react better to pathogens and fend them off. Q10 is therefore also effective against infections. Thus, this substance also strengthens the immune system and prevents not only the infestation of viruses but also the spread of these. 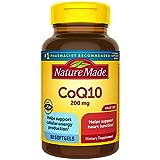 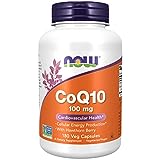