What Antioxidants AreThe first part of the word anti means opposite, rejecting and defensive. Oxidants are reactive oxygen compounds that are caused by excessive alcohol consumption, stress or a generally unhealthy lifestyle. If these oxygen compounds are not broken down again during recovery phases, such as a longer break or a holiday, oxidative stress occurs. This can promote the natural aging process or cause diseases and cell damage such as liver damage or cancer. However, an antioxidant effect is intended to counteract this imminent danger. It is important to combat these reactive oxygen compounds, also known as free radicals, and to reduce their negative effects. Therefore, such antioxidants are often also called radical scavengers. However, it should be mentioned here that the antioxidant effect initially starts at the lower end of a cause-effect chain. Consumer information, which all manufacturers must include on their labels and for which a healthy lifestyle is recommended, is particularly relevant. Moderate alcohol consumption or as little stress as possible can reduce the number of reactive oxygen compounds to a minimum.

Vitamin C and EVitamins C and E are generally antioxidants. Vitamin C is particularly found in currants and citrus fruits. Science has proven that vitamin C is helpful in protecting cells from oxidative stress. Vitamin E is found especially in nuts or vegetable oils. Even this vitamin protects the cells from oxidative stress. Vitamin A cannot be counted directly as an antioxidant, but it fulfils important functions in cell renewal and regeneration processes, such as the formation of new blood cells, in the nervous system and especially in the eyes. Therefore, these three vitamins are often also contained in antioxidant capsules. 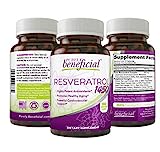 Types of antioxidantsDifferent antioxidants are first classified into minerals, vitamins, enzymes, trace elements or secondary plant substances. Secondary plant substances, vitamins, trace elements and minerals are occasionally also referred to as low-molecular antioxidants. They are separated from the enzymes. Due to their comparatively small size, low-molecular antioxidants are therefore able to penetrate the cells and develop their efficacy. Enzymes, on the other hand, are bigger. These therefore unfold their effect outside the cells. They are regarded as accelerators of different metabolic processes.

PolyphenolsPolyphenols are also known as OPC. OPC is one of the best known and strongest antioxidants. In many ways it unfolds its effectiveness. It is appreciated in particular for its diverse and positive properties that it has on the cardiovascular system.

Antioxidative enzymesAs already mentioned, enzymes are accelerators of action. The two enzymes superoxide dismutase and catalase must also be mentioned as antioxidants. Superoxides are considered harmful types of oxygen. These can trigger oxidative stress and damage human genes and proteins. Superoxide dismutase converts these aggressive oxygen forms into hydrogen peroxide, which is again converted into harmless O2 (oxygen) and H2O (water) using catalase.

Antioxidant capsulesAntioxidant capsules are a collective term for numerous dietary supplements, in this case in capsule form. Their components are often some active ingredients that are considered antioxidants. A distinction must also be made between different application areas. The antioxidant effect is also already implied in various active substances that are actually consumed for another reason. This means that there is no magic formula for the antioxidant capsules. It is more important that you supplement your diet sensibly when you take it. No matter for what purpose, when purchasing antioxidant capsules it is important to make sure that you always buy a high-quality product from reputable dealers. This is the only way to ensure proper processing and a legally approved dosage of the active ingredients contained. 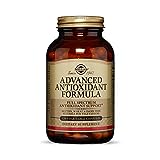