What are psyllium seeds? The psyllium seeds originate from India and its traditional Ayurvedic medicine. With the rise of medicine in the western world, the popularity of flea seed increased in many countries. Flea seeds are now widely used for the treatment of gastrointestinal diseases and, according to worldwide studies, are also recognised. The annual, yellow-flowering plant reaches a growth height of up to 40 cm. In India it is sown in the first week of November. It needs a lot of sun to grow and prefers soils with sand, loam or clay. Their need for nutrients is very low. Its leaves are lanceolate, its inflorescences short and spike-shaped. The ripe and dry seeds are harvested as a whole. At the time of harvest it should be dry, sunny and clear. According to its botanical origin, the flea seed belongs to the Plantago species and is known to us under the name plantain. European cultivation areas are mainly located in southern France and Spain. The sandy plantain is cultivated in the south of France. But there are also spread-areas in Caucasia and Siberia. In Spain the psyllium plantain is mainly produced. This species can also be found in West Asia and North Africa. Indian flea seed is native to the Canary Islands, Pakistan, Iran, Israel, Afghanistan and North Africa. The colour of Indian flea seeds ranges from beige to soft pink, that of European species from black-brown to light. What are flea seeds for? Flea seeds are generally well tolerated. Their medicinal effectiveness is based above all on ballast and mucilages. While the European species develop between 10 and 12 percent of mucilage, Indian psyllium seeds form up to three times more. They’re odorless. Their taste is rather bland. The seeds contain oils, proteins and cellulose. They are surrounded by a seed coat, the so-called shell epidermis. Their swelling capacity can reach up to ten times their actual size. This property allows the shell to bind toxins in the intestine and act as a natural laxative. But the first intake requires a little patience. It can take about 10 to 20 hours until the desired effect is achieved. To do this, pour 1 teaspoon of psyllium seed over 1/4 litre of cold water and leave to stand for 5 minutes. Then stir the mixture well and drink immediately. In order for psyllium seeds to swell, they need a large amount of pure water, which must be drunk throughout the day. It should be noted that at least 30 minutes have passed between a meal and the application of flea seeds. With the help of psyllium seeds the intestinal contents can be emptied better, because the duration of the stool is shortened, so that blockages occur less frequently. But psyllium seeds can also help with diarrhoea and thicken the stool by binding excess fluid. Their influence should also promote the growth of intestine-friendly bacteria. The seeds are now used in irritable bowel syndrome, anal fissures, haemorrhoids and after obstetric procedures. Studies have shown that psyllium seeds are also involved in lowering cholesterol levels by binding and excreting bile acid. Their effectiveness has a beneficial effect on the heart and blood vessels. Since they support intestinal peristalsis and free the intestinal walls from damaging deposits, they also serve as intestinal cancer prophylaxis. Meanwhile they are also used for naturopathic weight regulation and for the treatment of obesity, because they cause a long-lasting feeling of satiety. Watch it! Watch it! Laxatives such as psyllium must never be taken after a bowel obstruction or if the esophagus is known to narrow. In case of doubt a doctor must be consulted! 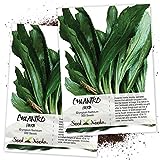 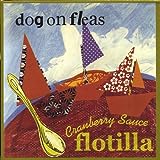