If there are steps in the corridor, solid lighting is particularly important. Otherwise, accidents are inevitable. One option is to install wall luminaires at shorter intervals along the stairs. Alternatively, you could mark the individual steps with small LED lights to attract attention. 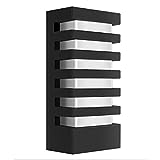 Who wants to feel their way through a hallway in semi-darkness? This is not only dangerous, but also costs unnecessary time. That’s why you should be particularly thorough when buying a new floor lamp. However, a good corridor lamp should not only provide good light, but should also be selected according to aesthetic criteria. Even in a functional room such as the corridor, interesting accents can be set with cleverly selected lighting. If you keep coats, jackets and accessories in the hallway, a large mirror should be placed so that you can check your outfit before you leave. Then luminaires mounted to the right and left of the mirror are particularly practical. In addition, such spots have the advantage that the gaze of visitors and guests is directed here. The shelf with the shoes or another corner, which you don’t necessarily want to put in the public light, then disappears discreetly and doesn’t catch the eye any more unpleasantly.

For safety reasons, a corridor lamp should always be switched on as long as the residents of the house or apartment are active. With the innovative LED technology, no one needs to decide either for good lighting or for the economical use of electrical energy. The energy consumption of the LED is so low compared to conventional incandescent lamps that you can switch on the LED for several hours without worrying about your ecological conscience. Corridor lamps equipped with a motion detector are even more environmentally friendly. As soon as a person enters the hallway, the hallway lamp switches on automatically.

The LEDs have even more advantages. The new technology offers completely different possibilities than incandescent lamps, fluorescent tubes & Co. Designers love LEDs and are constantly discovering new design options. For example, small light-emitting diodes can be used to create large-area wall lighting. In addition, the miniature lamps generate hardly any heat, so that the variety of possible luminaire materials has increased considerably. If you want to vary the brightness in the corridor, this is also possible with LED. But then you have to pay attention to a corresponding imprint, because not every LED is dimmable.

Both can be useful for safe lighting of the corridor. If the hallway is heavily frequented by different groups of people, good general lighting is recommended, which is switched on as soon as daylight is no longer sufficient. If an elongated corridor needs to be illuminated, it makes sense to install several lamps. The light thus provides orientation and safety at the same time. A rectangular room with an approximate square floor plan can be sufficiently equipped with a centrally mounted ceiling light. In order to facilitate dressing or hairdressing in front of the mirror, smaller lamps are fitted which harmonise with the ceiling luminaire. The easiest way to prevent a break in style is to choose one of the attractive series offered by several manufacturers.

Lightbox offers a LED ceiling light that is even suitable for outdoor use. The simple designed lamp is equipped with a sensor, which switches on the lamp, as soon as a person comes into the detection range of the sensor. The wall lights from Kwazar offer attractive design possibilities. This luminaire series, which is designed for LED, is characterised by modern design. 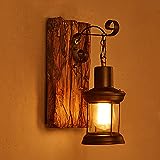 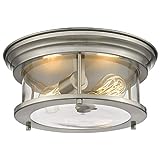 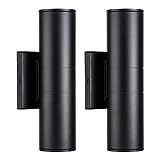 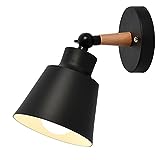