Digestive problems, constipation and diarrhoeaSymptoms such as bloating, flatulence and cramp-like abdominal pain can occur with digestive problems. They are often due to fatty foods that are insufficiently chewed or eaten too late. As so-called defoamers, sab simplex chewable tablets or soft capsules are used. Buscopan is an antispasmodic. Pangrol, Kreon, Panzytrat and Ozym are available to stimulate the digestive enzymes. The herbal preparation Paveriwern consists of poppy seed press juice. Constipation is widespread among people over the age of 60. Women are more often affected. Anyone who has only three bowel movements per week suffers from an acute constipation with a hard, strongly distended lower abdomen. The emptying of the bowels is usually painful. Constipation can be accompanied by reduced appetite and nausea. Intestinal laxatives are Laxoberal, Dulcolax and Laxans-ratiopharm Pico. Preparations with the active substances lactulose and macrogol + minerals remove osmotically. Freka Clyss and Mikrolax are laxatives containing minerals. Diarrhoea cleanses the intestines of harmful pathogens and toxins. About twice a year an adult suffers from diarrhoea. If diarrhoea persists, the symptoms require treatment. Diarrhoea can be life-threatening for children because they lack fluid reserves. Typical is a watery stool with abdominal pain, vomiting, fever and cramps. As electrolyte mixture there is Oralpädon. Yeast is contained in Perenterol and Peocur. Medicines with the active ingredients Loperamid, Rifaximin and Racecadotril are also suitable. Lactobacilli and electrolytes are found in INFECTODIARRSTOP LGG. Irritable bowel syndrome and chronic inflammatory bowel diseasesThe irritable bowel syndrome (irritable colon) lasts longer than 3 months. It significantly impairs the quality of life through an alternation of diarrhoea, constipation and flatulence. Women are more frequently affected by the symptoms, which can turn into a chronic condition. The causes are a hypersensitivity of the mucous membranes to acid stimuli. This releases messenger substances that influence the intestinal nervous system, activate the immune system and trigger inflammations. In addition to food intolerance, irritable bowel syndrome can also be caused by psychological stress. Anticonvulsant drugs are Mebeverin dura and Duspatal with the active ingredient Mebeverin. The preparation Iberogast consists of a plant combination of milk thistle, peppermint, celandine, angelica, caraway, camomile, lemon balm, liquorice and bitter bowflower. Chronic inflammatory bowel diseases include Crohn’s disease and ulcerative colitis. The symptoms manifest themselves in slimy-bloody diarrhoea, cramp-like abdominal pain and extreme fatigue. In addition, there are inflammations of the eyes, liver, joints and skin. 20 percent of the diseases affect children under the age of 6. The causes are a genetic malfunction of the immune system. As a result, an autoimmune disease develops because the body cannot regulate the inflammatory processes. The treatment of chronic inflammatory bowel diseases belongs in the hands of a specialist. The listed products are prescription only! Azathioprine, mesalazine and sulfasalazine are administered as active ingredients. Glucocorticoids such as Budenofalk, Entocort and Colifoam are also used. TNA-alpha inhibitors such as Humira and REMICADE are also prescribed. Worm diseases and haemorrhoidsWorm diseases are more common in Europe. They have become rarer in Germany. On the other hand, children can often be affected by colonisation with maggots and roundworms. Especially in the evening and at night the little patients notice a strong and unpleasant itching of the anus. In girls, inflammatory changes of the external genitals are visible. Dishworms occur with abdominal pain and digestive problems. Helmex, Eskazole and Vermox are available as preparations. Hemorrhoids form inside the rectum. They are associated with a strong burning sensation and pain when sitting. Sometimes bright red bleeding occurs after bowel movement. Postericort, Doloproct, DoloPosterine N and Jelliproct are used for the treatment of haemorrhoids. 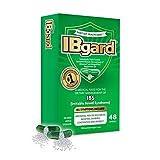 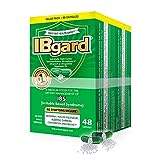