Loudspeaker systems with beautiful sound and powerful beats provide the right background sound in living rooms. In such premises, variants of the audio systems manufactured by manufacturers such as Sony, Philips or Bose are used. They can be differentiated by the number of loudspeakers. There are variants that are equipped with two loudspeakers and a subwoofer. But the producers also sell models with more speakers for real home cinema enjoyment. We present designs and functions to simplify the purchase 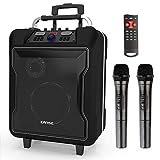 Loudspeaker systems consist of audio boxes and a subwoofer. But there are also simple stereo versions that consist of only two speakers. The number of boxes can be derived from the type designation. For example, manufacturers offer massive 7.1 systems consisting of seven loudspeakers and a bass speaker. The speakers and subwoofer arranged throughout the room create a listening experience that comes very close to the ideal of 360-degree sound reinforcement.

Slightly smaller systems have five loudspeakers and a corresponding subwoofer. These versions consist of two rear and three front speakers, which are complemented by the bass speaker. The result is complete surround sound that can provide cinema and listening pleasure. Such products are cheaper than 7.1, 9.1 or even 11.1 versions. Even less money is spent on 2.1 speaker systems, whose two speakers and the subwoofer are often connected to desktop PCs or laptops. An example of such variants is the Logitech Z333 Type 2.1 multimedia speaker system, which has been praised by many consumers. Common loudspeaker systems can sometimes be equipped with additional speakers to improve the sound. This means that many versions can be upgraded with additional ceiling loudspeakers. This results in 9.1 or 11.1 systems. A prerequisite for such listening pleasure, however, is an additional receiver that communicates with the speakers. However, such sound systems are too oversized for cosy shared flats or small living rooms. A 2.1 or 5.1 system is enough to create a home cinema atmosphere

The individual components of the loudspeaker systems are connected either via cables included in the scope of delivery or via radio. Wireless loudspeaker systems that cost a little more money, however, score with a simplified installation. Some variants inspire with a multitude of functions. Many subwoofers now have an integrated USB port so that hard disks or data sticks can be connected to play music directly.

The size of the loudspeakers is not a criterion by which the sound quality can be recognized. Consumers who want to purchase a loudspeaker system should pay more attention to the output power. Important criteria should also be the number and type of connectivity available to the system. Even cheaper versions like the Auna X-Plus 5.1 speaker system are now equipped with the mentioned USB port, but also with an SD slot and an AUX input. Relevant functions can be created by other components that some loudspeaker systems are equipped with from the outset. This allows consumers to purchase complete variants, often incorporating a DVD recorder and sometimes a Blu-ray player. If a brand manufacturer’s smart TV is to be connected to a loudspeaker system, it is also advisable to purchase a variant from the same manufacturer. Well-known TV manufacturers such as Samsung or Sony offer corresponding audio systems that are tuned to the televisions. Then you can control smart TV and sound system with the same remote control, which is not always possible otherwise.

Soundbars and soundplates are alternatives to 2.1, 5.1 or 7.1 systems that require a lot of space. Such sound devices are simply placed above or below the TV. Often a subwoofer belongs to the sound bar, so that a good sound is created. However, there is no surround sound that can be experienced with the larger speaker systems. If you only want to listen to music, compact WLAN or Bluetooth speakers are an option that often produce an amazing sound. However, the sound quality of high-quality loudspeaker systems is not achieved even with these variants. 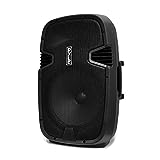 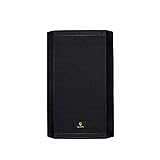 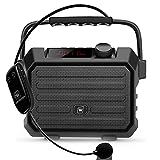