An SSD hard disk is an electronic storage medium for data processing. This is based on semiconductor technology. It can be classified in the non-volatile storage drive category. This means that the data stored on the medium cannot be lost in the event of a power failure, but remain intact. An example of volatile memory is the working memory that is emptied each time the PC is switched off. SSD hard drives are by no means as susceptible to mechanical interference as their magnetic counterparts. In addition, you have shorter access times and lower noise levels. In the following, the advantages and disadvantages of SSDs compared to magnetic hard disks are briefly described.

CapacityThe time when it was only possible to store the corresponding operating system on an SSD hard disk is over: Today, the capacity spectrum starts at 120 gigabytes. This makes it possible to store some data on an SSD. If you’re looking for a future-proof drive, the best thing you can do is invest in a two-terabyte SSD hard drive. So you have enough disk space to store numerous, equally large files on this fast drive. The price is disadvantageous: An SSD with two terabytes of storage space costs as much as many a complete computer. The SSD price development of recent years shows, however, that such disks will soon become affordable as well. You should therefore preferably use an SSD hard disk for the operating system as well as for the programs you often use. The data that are precious to you and require a lot of storage space, but do not necessarily need a fast working hard disk, can be stored on an external hard disk or second HDD. These include videos, photos and music files. Thus, data management can succeed by increasing the speed of the computer but not taking up any storage space on the SSD that would be better utilized elsewhere. InterfaceFor an internal SSD there is no huge selection of interfaces. The most important are PCIe and SATA, whereby SATA is the easiest solution for private households. If a SATA interface is used, the definition as boot disk takes place without problems. PCIe solutions need a bit of setup experience so they can be integrated into the system as the main hard drive. These versions are therefore particularly interesting for professional users and system administrators. The transmission protocol used also has an influence on the write and read speed. Read-Write SpeedThe current protocol, officially called SATA III, allows a gross data rate of six gigabits per second, which is 750 megabytes per second. However, because some of the bandwidth is used for internal processes, the communication between the operating system and the hard disk controller, the actual data rate is at most 600 megabytes per second. Enterprise solutions are also sometimes referred to as even higher transfer rates. Many SSD hard disks reach about 500 megabytes per second, which makes it pleasantly fast to work with. However, modern devices differ only marginally in speed: The SSD that works fastest is about 20 megabytes per second faster than the corresponding average. This is only noticeable if you always want to move a few terabytes of data.

Life CycleThe life of the SSD drive depends on the chips it contains. SLC chips live longer than MLC chips. The lifetime also depends on how often new data is written to the hard disk. Even so, you should avoid moving ever larger amounts of data on the computer that contains an SSD hard drive. Additional featuresNumerous manufacturers mention technical designations in the article descriptions of their SSD hard disks. In the following, the most frequent designations associated with this article category are explained.

TRIM This term refers to the optimization of an operating procedure. Because you cannot simply delete SSD hard disks, but only block by block, the TRIM function causes all sections of the hard disk that are marked as removed in the command times to be deleted in idle mode. As a rule, this would happen just before the new description. TRIM is helpful in saving time, especially when the SSD hard disk does not have enough free capacity anymore. SMARTThis term stands for self-monitoring of the hardware so that possible failures can be predicted. The activities of the data memory are constantly monitored. The results are stored on this. Garbage CollectionThis refers to automatic memory optimization by not releasing used memory space under any circumstances. With SSDs, this operation is performed by the firmware, i.e. by the control program of the hard disk. It serves to increase the writing speed. 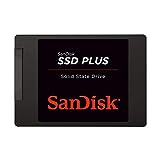