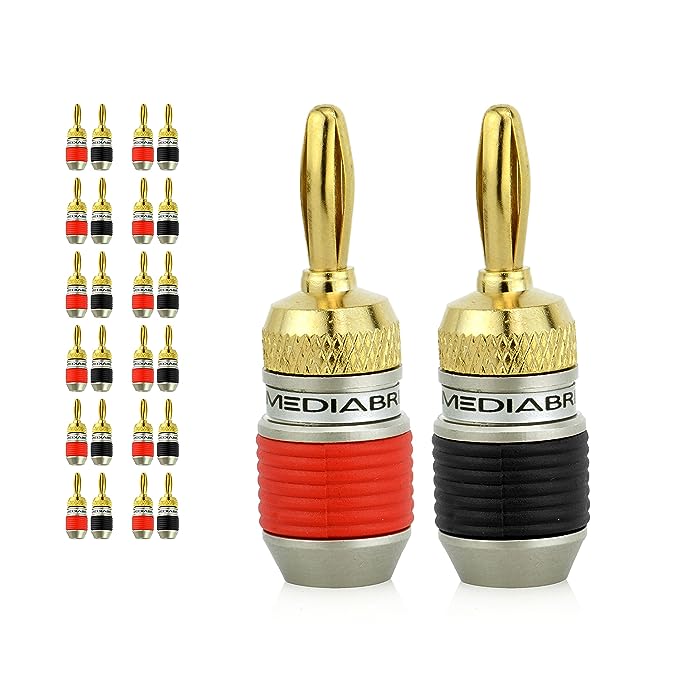 Banana plugs are special plug connections for low voltage, i.e. for average electrical current up to a maximum of 16 amps. The banana plug, also known as the 4 mm spring plug, was primarily developed for electrical laboratories. The plug itself sits firmly in a leaf spring element. It can also be detached from this without tools. This leaf spring element was reminiscent of a banana in its original form. Hence the name banana plug. The so-called banana socket, also known as the telephone socket, has a diameter of four millimetres. The plug itself is variable in diameter by a few millimetres due to the leaf spring element. The banana plug was developed as early as 1924 by Hirschmann GmbH in Neckartenzlingen, Swabia. The invention formed the cornerstone of the company, which was a successful producer of antenna technology until its dissolution in 2004. Three new companies emerged from the GmbH, which to this day manufacture communication technology under the name Hirschmann.

The banana plug was intended to replace the screw connections and spring clamps that had previously been used in laboratory test setups. Connectors with different lengths and diameters were already available. But the concept of the banana plug was convincing in the long run. The construction of the plug with contact, springing and insulation, which at that time was not made of plastic but of bakelite, offered many advantages for laboratory technology and established itself as the technical standard. The connections used so far have been complicated and unsafe. The banana plug, on the other hand, could be anchored quite securely in any four millimetre hole in metal. Banana plugs have a multipoint connection and transmit signals safely. With banana plugs, electricity can also be taken from normal sockets if they are not equipped with a child safety device. However, the current consumption is not certain. Special Schuko plugs with specially insulated safety sockets make it safer to draw mains power using banana plugs.

Banana plugs have long since ceased to be used only in laboratory technology. Banana plugs that can be plugged together are also used as loudspeaker plugs for speakers and amplifiers. Banana plugs are also used on some measuring devices and in the construction of model railways, albeit with different diameters. Banana plugs, on the other hand, must not be used in medical technology because they lack the so-called reverse polarity protection. However, banana plugs are used to connect the electrodes to the body during ECG. Today banana plugs are available in many and very different designs. For laboratory assembly, banana plugs must have a coupling into which other plugs can be inserted quickly and easily during a test. For other uses, there are the widely used tufted plugs and plugs with a ring-shaped spring element, which is often gold-plated. Banana plugs with rigid insulation are safe to touch with mains voltage, but those with a sliding plastic socket are only partially safe to touch. 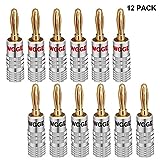