The invention of the washing machine is considered one of the most useful household discoveries. While the first models still required relatively much effort and the results were not 100 percent convincing, modern washing machines perform miracles. They clean even heavily soiled laundry effortlessly and thus save a considerable amount of time. So-called washing days belong theoretically to the past, even if they still take place today with a different background. 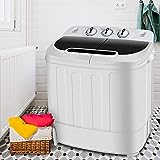 The energy efficiency classes are an important subdivision in the area of large electrical appliances. The differences between the individual classes are non-linear and in some cases very large: Class A+++ requires around 70 percent less electricity than Class B. The differences between the individual classes are not linear. But the most obvious difference concerns the design form. A top loader is filled with laundry from above, the front loader is loaded through a hatch at the front. Irrespective of this point, the washing machines have different programs. Different temperatures and special programs are possible. “Eco gears” ensure low consumption of water and electricity. Quick programmes are used for short washing in between and hand washing programmes are particularly gentle on the laundry. There is a direct correlation between the energy efficiency class and the washing programs: For the determination of the energy consumption one of the programs was selected, so that the actual consumption can deviate from the energy efficiency class depending on the selected washing program.

In addition to the energy efficiency classes and the washing programs, the maximum load is an important selection criterion. Usually 5 to 8 kilograms. From an environmental point of view, it is advantageous to wash as much laundry as possible in one wash cycle. If you use a tumble dryer, it should have at least the same loading capacity as the washing machine, so that you can make the most of the possibilities and reload the laundry directly. The operating noise is another purchase criterion. A quiet washing machine is pleasant to use and does not disturb residents or neighbours. The noise emission is given in dB. A positive example is the Beko WMB 71643 PTE, which emits 57 dB during washing. The noise level increases briefly in the spin cycle and reaches a maximum of 75 dB. If the washing machine is to be built under a shelf, the dimensions are also an important point. Note that some centimeters of play must be left. On the underside of most devices, there are adjustable feet that allow them to adapt to uneven ground. They are turned out or in and can be adjusted individually. To avoid damage to the washing machine, the appliance must stand up straight. However, many floors are uneven, which requires individual adjustment.

The child safety lock is a standard feature of modern washing machines and is an indispensable feature. A digital display and a clearly arranged control panel ensure ease of operation. If the remaining term is displayed, you are always informed about the current status. If you want to plan the start of the washing process exactly, the start time preselection is indispensable. The automatic quantity control detects whether you have filled the washing machine up to the maximum limit or whether it is a “half load”. The washing program is adjusted accordingly. The Bosch WAW28540 is equipped with an automatic stain removal system. According to the manufacturer, the special programs were developed for four of the most common and stubborn stains.

The first precursors of today’s washing machines were invented in the 17th century. Previously, the laundry had to be scrubbed, rubbed, brushed, beaten and brushed laboriously by hand. Often washing days were fixed, on which the housewives were busy the whole day with the washing. The first budget helpers made the work easier, as a mechanic accelerated the processes. The first machines were mainly used in military locations, hospitals and monasteries. Later, electric-powered variants had to be combined with a separate centrifuge, only a few years later was it common to have a washing machine and a centrifuge in one model. Today, the 2-in-1 device refers to the combination of washing machine and dryer, but this generally results in higher power consumption compared to two separate devices. 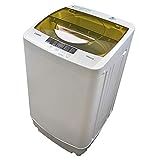 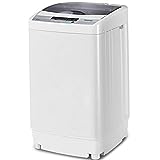 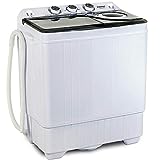