What should be considered when choosing an acupuncture needle? The qualitative differences and product characteristics are not noticeable to the patient when looking at the multitude of acupuncture needles. They are of great importance for the therapist because the selection of the right needle depends on the constitution, age and symptoms of the patient. In addition to the stitch technique, the acupuncturist must consider the material, length and thickness of a needle. During a treatment of 20 to 30 minutes duration the patient lies or sits completely relaxed. Before positioning the needle, the therapist gently massages the affected area of the body. Acupuncture was first mentioned in writing in the 2nd century BC. At that time it was executed with stone needles. Later, needles made of bone, bamboo and metal were added. Today there are a large number of manufacturers of uncoated acupuncture needles made of stainless steel, gold or silver. Various needles are coated with silicone. Some have a handle made of plastic, silver or copper. The range is supplemented by so-called permanent needles, which are used in ear acupuncture. All products used are sterile disposable needles. How can acupuncture needles be used? In Traditional Chinese Medicine, uncoated acupuncture needles with a silver spiral handle are preferred. They can be used simultaneously heated (moxibustion with mugwort) or in electroacupuncture. With coated products it cannot be ruled out that when the needle is pulled out of the acupuncture point, the finest silicone particles are released into the body. However, experience to date shows that there is no risk to health. In ear acupuncture, the tiny needles are fixed to the ear point with a plaster and pressed in with the thumb by the acupuncturist. Authors recommend not to cover more than 16 points at a time. Special offers of permanent needles come from Japan or France, which have become known as ASP needles. As an alternative, a mugwort seed can be used, which is placed on the respective ear point with a square plaster. This method is used for quitting smoking or losing weight. As soon as the desire for a cigarette or a meal arises, patients can apply light pressure to the patches themselves. The healing method of Traditional Chinese Medicine (TCM) is widely used as pain therapy. Complaints such as migraine, arthrosis, joint pain, rheumatism, allergies, asthma, eye diseases and toothache can be alleviated by acupuncture. According to the Chinese view, the life energy (Qi) flows in energy channels, the so-called meridians. With the help of the needle a stimulus is set in a certain acupuncture point, which triggers an impulse. It reaches the brain via the nerve tracts and influences the sensation of pain so that the self-healing powers are stimulated. In this way, side effects can be avoided by drug treatment. The puncture with the acupuncture needle is almost painless. Patients describe a feeling of warmth or light pressure that leads to a relaxation of the body a short time later. Depending on the type of complaint, 6 to 20 sessions are required. There are no known side effects. However, there may be an initial worsening of the symptoms. Statutory health insurance only covers the costs of pain in the lumbar spine or in the knee. Otherwise, acupuncture is one of the individual health services that the legally insured have to pay for themselves. Private patients are reimbursed for pain. 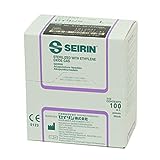 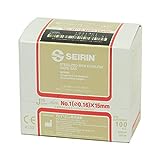 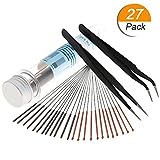 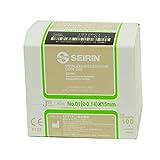 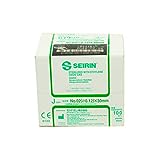