Who now expects a treatise on Far Eastern love techniques, must unfortunately be disappointed at this point. Ohaguro describes the fashionable phenomenon of tooth blackening dating back to the middle of the first millennium in Japan. Iron chips were soaked in tea or rice wine for oxidation. The resulting black broth was then applied to the teeth with a brush and an adhesive powder. Originally practiced by noble women and men and by the samurai, the contrast to the pale complexion was considered particularly sensual from the 17th century onwards, which is why the elaborate procedure was particularly popular among married women and the ladies of brothel quarters. In 1871 Ohaguro was banned by cabinet decision. They did not want to stand there as barbarians under the increasing western influence.

Even seasoned Westerners, who had to deal with brazen railroad robbers, Sioux that had gone wild and with worm-pimpled bear paw recipes in terms of food technology, set great store by a radiant smile. Fred Walker, his special agent from St. Louis and “one of the best scouts of the mountains” (O-tone Old Shatterhand) is attributed by Karl May (1842 – 1912) as follows: (Quote) “…The pearly white teeth were much too beautiful to be considered real… “Obviously the blond smile had something exclusive or half-silk attached to it during May’s time.

In the 40s of the last century, a radioactive toothpaste containing thorium X called Doramad was launched on the German market and distributed internationally. Originally invented for Hollywood stars in need of correction, nowadays veneers, i.e. wafer-thin ceramic veneers, embellish even the smile of Otto Normalbürger, provided he can afford them. Three methods are common: 1.) Whitening with individually made tooth splints that are coated with a bleaching agent before insertion, so-called “home bleaching “2) Whitening through direct application of the bleaching agent in the dental practice, “Power or In-Office Bleaching “3.) “Walking Bleach Technique”: Tooth whitening through inserts in the tooth.

External tooth discoloration is usually due to habits such as drinking coffee or tea and smoking. In these cases a do-it-yourself tooth whitening with bleaching strips can be tried. According to the Cosmetic Decree, bleaching strips are adhesive strips impregnated with a maximum of 0.1% hydrogen peroxide, which are glued onto the upper and lower row of teeth and removed after a certain exposure time. Bleaching Strips are very often also offered peroxide-free, with the active ingredient sodium chlorite (sodium chlorite). Attention: Sodium chlorite is not the same as sodium chloride (common salt)! the application of the products is very simple, the principle is always the same: the bleaching strips are taken out of the package and the rear film strip is removed. Then the bleaching strip is glued under gentle pressure onto the row of teeth, above and behind the edge. For a good hold you also press something into the gaps between the teeth. Quality bleaching strips adhere well to the teeth and do not slip. After the application time specified in the package insert, the strip is removed again and the teeth are thoroughly cleaned. There you go. There are so-called express products that advertise with a shorter exposure time than their competitors. The information provided by the various manufacturers also differs with regard to the duration of the application until a result becomes visible. The company Lovely Smile advertises that during the application of whitestrips it is possible to talk, drink or engage in other activities. The company Crystal Smile refers expressly to the renouncement of animal experiments. 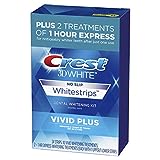 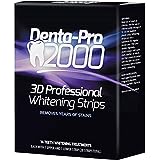