Everything for the garden: metal detector Video Guide

invisible metallic parts. They are used for person control, for the detection of pipes in buildings, in archeology and in the treasure hunt.

Metal detectors were invented at the end of the 19th century. They promised themselves advantages, especially in mining. But it was until the 1930s until usable metal detectors were developed. In 1937, the technician Fischer was issued the first patent for a metal detectors. Fischer had realized that layering ore interfered with radio waves. But still such devices were very heavy and unwieldy. Only the invention of the induction balance system brought a big leap in development for the metal detector. The operation was simple: two coils were brought into electrical equilibrium. Metal in the immediate vicinity destroyed this balance. At about the same time, devices based on pulse induction were developed. High-voltage pulses are sent to the area to be examined. When metallic objects are near, an eddy current is generated which causes a signal in the receiving coil.

Modern metal detectors consist mainly of two components: a coil and an electronic circuit. The coil is traversed by an alternating current in low frequency. This coil is available in different versions. Flat to scan the floor or people or stretched in a cylinder to find metal in hollow spaces or shafts. The coil and the electronics are connected by means of a line. For better transport and use, the coil and the electronics are mounted on a linkage.

In principle, two modes of operation are distinguished. During pulse measurement, high-voltage pulses are emitted. This produces eddy currents in metal objects. These are registered by the receiving coil. Due to the duration and the course different metals can be distinguished. It is also possible to draw conclusions about the size of the object. The second alternative is based on AC excitation.

Metal detectors come in different designs and configurations. For example, Seben's fully automatic metal detector Deep Target. The detection depth is up to two meters deep. Another device is the depth probe from FDS. The seeker head on this device is also suitable for searching in the water. 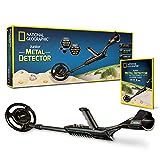 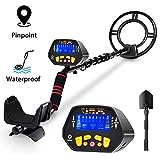 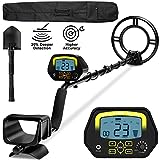 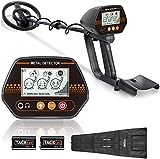