Knowing one’s own body fat percentage (KFA) can be helpful in various situations. In diets, body fat measurement serves to monitor success and motivation, because the declared goal here is to lose as much fat as possible through dietary change and exercise. It is similar with strength athletes who want to build muscles and reduce their body fat. In both cases, there are several methods available for measuring body fat. One of the most reliable methods is the measurement with a special body fat caliper, also called “Fat Caliper”. It is used by doctors and diet experts to determine the KFA and, if used correctly, provides realistic values. But what has to be considered before and during the measurement and how do body fat forceps work? Measuring body fat: meaningful or nonsense? From a medical point of view, it makes sense to know one’s own body fat percentage. Too much body fat over a long period of time is associated with various diseases such as diabetes, cardiovascular and fat metabolism disorders. Whether a reduction of the KFA is sensible depends on the recommended body fat percentage. There is no blanket value for all people here. The ideal KFA rather depends on sex (women naturally have a higher body fat percentage) and quite decisively on age, because the metabolism changes over the years. Older people may therefore have a higher KFA than young people. Two examples of healthy body fat values for adults according to WHO: – For women aged 20-39, a KFA of 21-33% is considered healthy – For men aged 20-39, a KFA of 8-22% is considered healthy. The determination of the KFA with the body fat pliers is simply possible from home. The most popular method is the so-called 3-point measurement. Determine body fat with a caliper To determine the KFA with the body fat tongs, it is applied at three different measuring points (3-point measurement according to Jackson/Pollock). These are different in man and woman. Measuring points for men: – Breast: The diagonal breast fold in the middle between the armpit and the nipple – Abdomen: The horizontal skin fold about 2-3 centimetres to the right of the navel – Thigh: The vertical skin fold at the front of the thigh. Measurement points for women: – Triceps: The vertical skin fold at the back of the upper arms – Hips: The diagonal skin fold just above the hip – Thighs: The vertical skin fold at the front of the thigh. With thumb and index finger the folds are pushed together and put into the body fat tongs. Without pressing firmly, the body fat tongs are closed. A value in millimetres can now be read off from the measuring scale. This corresponds to the thickness of the respective skin fold. A formula is used to calculate the body fat percentage from these three values. The best way to do this is to use free online calculators or tables supplied by body fat pliers manufacturers. Simpler than the 3-point method is the 1-point method according to Behnke & Wilmore. In this variant, only the abdominal fold is measured with the caliper and the body weight is added. There is no distinction between a man and a woman. The formula is: – KFA = 100 x [body weight – (10.26 + 0.7927 * body weight – 0.3676 * wrinkle thickness)] / body weight For whom is the body fat pliers not suitable? For people who suffer from very severe overweight (obesity), it is not suitable to determine the body fat percentage using body fat forceps. Often the wrinkles are too large and do not fit between the calipers or the forceps provide incorrect values. In this case, it is advisable to have the KFA reliably determined by a doctor and to work out a concept for reducing body fat together with a nutritionist or consultant. As soon as the KFA has dropped, the Caliper can be used to control the progress. Which pliers are best suited? Unlike most diet and fitness equipment, the purchase of a body fat tong does not involve a large investment. Most of the models well rated by customers, such as the KTX7 V.2 body fat monitor or the FastBodyFit body fat monitor with measuring tape and software, cost only a few Euros. There are hardly any significant differences between the individual models due to the construction, so that the purchase of a more expensive body fat tong is usually only possible with a higher quality material or other accessories such as measuring tapes or access to closed online areas. An example of this is the Slim Guide Caliper for professionals from eaglefit, which is made of robust plastic and comes with a calculation tool based on MS Excel. Conclusion: A body fat tong is a simple and inexpensive way to determine the body fat percentage. The purchase usually costs only a few euros and the result is usually more accurate than that of a body fat balance. Very overweight people, however, have to resort to a different method of measurement. 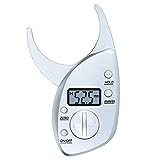 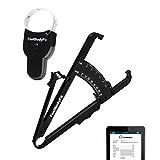 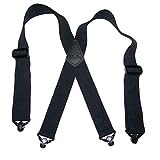