More and more cameras are now advancing into the third dimension. However, the manufacturers of 3D cameras use different recording techniques, so that there are sometimes serious differences in the recording quality of the different cameras. There are highly developed 3D camera models that can take crystal clear 3D photos as well as videos in the third dimension. All modern cameras capable of taking pictures in 3D work on the same principle as the human eye. The human eyes are about seven centimetres apart and perceive the surroundings from different angles. In this way, two different images that differ slightly from each other are transmitted to the human brain, where an image with spatial depth is then compiled. Similar to human eyes, modern 3D cameras deliver two images that differ slightly from each other. The pictures are taken with different techniques depending on the model and manufacturer. Almost all 3D cameras such as the Fujifilm FINEPIX REAL 3DW3 digital camera (10 megapixels, 3x optical zoom, 8.9 cm) use MPO files as storage format, which are increasingly becoming the standard storage format for 3D images. In the meantime, there are even some smartphone models that are able to capture spatial images

Not every subject is suitable for 3D photography. An optimal 3D effect can be achieved with objects located at a distance of two to five meters from the camera. Group shots of two to three people are particularly suitable for this, as they show a lot of spatial depth. Landscape photography is usually problematic. Here you should always make sure that you move an object such as a tree to the foreground, as the 3D effect is particularly strong as a result. In addition, nothing should move in the subject, this is especially true for cameras that only produce the 3D effect with a lens. Absolutely unsuitable for 3D shots are motifs, with many small details such as blades of grass in a meadow. Small objects or patterns on 3D shots tend to confuse the viewer and the 3D effect is almost imperceptible. Motifs that are very far away do not provide spectacular 3D shots either

Today, there are a number of different devices that can reproduce 3D images. A modern flat-screen TV with 3D support is ideal for displaying three-dimensional images. In most cases, this only requires the 3D camera to be connected to the TV set via HDMI cable. Many modern television models also offer the option of playing back 3D recordings from external storage media such as USB sticks or memory cards. In addition, some manufacturers offer so-called digital frames that are capable of displaying 3D images. With these innovative frames, no special 3D glasses are needed to create the 3D effect, and they can also be quickly and conveniently placed in living rooms. 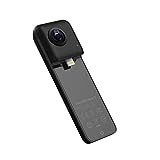