If you want to eat a healthy diet or achieve top performance in sports, you have to pay attention to a few things when it comes to your diet and sometimes also do without many sweet sins. However, athletes owe the fact that this condition is not final to a few resourceful US entrepreneurs who have created a product group called Flavor Drops that also enables athletes and weight loss enthusiasts to enjoy tasty milkshakes and to clearly spice up the sometimes monotonous taste of meals.

Flavor Drops are basically liquid flavors that can be used in the kitchen in just as many ways as classic baking flavors. In contrast to conventional baking flavours, which have been part of the kitchen for decades, flavor drops are not only of a much higher quality, but are also available in many more flavours, so that the right flavour can be found for every taste. In addition to the classic flavours vanilla, chocolate or strawberry, well-assorted online retailers also offer numerous fruit varieties and extravagant flavours such as caramel toffee, cheesecake or chocolate peanut butter.

The highly concentrated liquid flavouring substances are typically available in small 50 to 100 millilitre vials, which also have a dosing aid in the form of a pipette to facilitate precise dosing. Just a few drops of the liquid aroma are enough to give a drink or a dish a strong aroma. Flavor Drops are also characterized by their natural aroma, which in contrast to the extremely highly concentrated baking aromas, has no artificial effect at all. In addition to flavorings, water and the usually used carrier propylene glycol, flavor drops contain sweeteners such as stevia or sucralose.

The fact that no sugar is used for the purpose of sweetening results in the fact that flavor drops get by with a minimum number of calories or even completely without carbohydrates, which is particularly pleasant in the case of a low carb diet. Because Flavor Drops contain no calories, they can be used in a variety of ways. Many manufacturers, such as Got7, Myprotein or Alphapower Food, also expressly dispense with the controversial sweetener aspartame. Flavor Drops also contain no animal ingredients, gluten or lactose, making them suitable for both allergy sufferers and people with a vegan lifestyle.

The range of applications for flavor drops is very broad, as they can be combined with countless foods due to their liquid state of aggregation. Accordingly, they can be used for refining tea and coffee as well as for mixing sugar-free milkshakes. Especially with the help of fruity varieties even water can be provided with a pleasant aroma. However, one of the primary areas of application is the combination with tasteless protein powders within the framework of sport, as this ensures a maximum of variety in taste. Apart from use in drinks, protein shakes and smoothies, dishes can also be refined with flavor drops. Examples include desserts such as pancakes, curd cheese and rice pudding as well as morning muesli, which can be significantly enhanced by exotic flavours.

Due to the low number of possible allergenic ingredients and the absence of calorie problems, the purchase of flavor drops is largely unproblematic. In order to be on the safe side, especially with regard to the ingredients, high-quality products from well-known suppliers should be used. Apart from that, the choice of flavor should be carefully considered before buying, especially as flavor drops are relatively expensive. Anyone who also wants to do without the critically eyed sweetener aspartame must take a closer look at the list of ingredients, because not all manufacturers do without it. 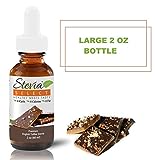 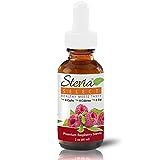